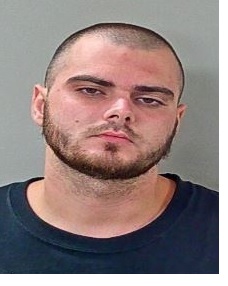 A child in Tennessee has died after suffering a heatstroke inside a hot car.

Three-year old Daylin Palmer, was left unattended in a Dodge Charger for approximately two hours in Smyrna Thursday, July 11th. Smyrna Police and Rutherford County EMS rushed to the residence but were unable to save the child’s life. The father, Dylan Levesque, has been charged with aggravated child abuse and neglect, a class A felony. He is due in court today (Monday, July 15th).

Two similar situations were reported in Murfreesboro last week where the children survived. In one case, a 21-year old woman left a child unattended in her car as she went into the Kroger. Police were informed by an employee and were waiting on the woman when she returned to her vehicle with it running, the doors unlocked and a small child in the back seat. She was issued a citation and DCS was notified.

Also last week, officers responded to two children inside a Toyota Tundra with the windows up parked in front of the Publix on New Salem Highway. The mother of the children was inside the store purchasing wine, according to WGNS radio.