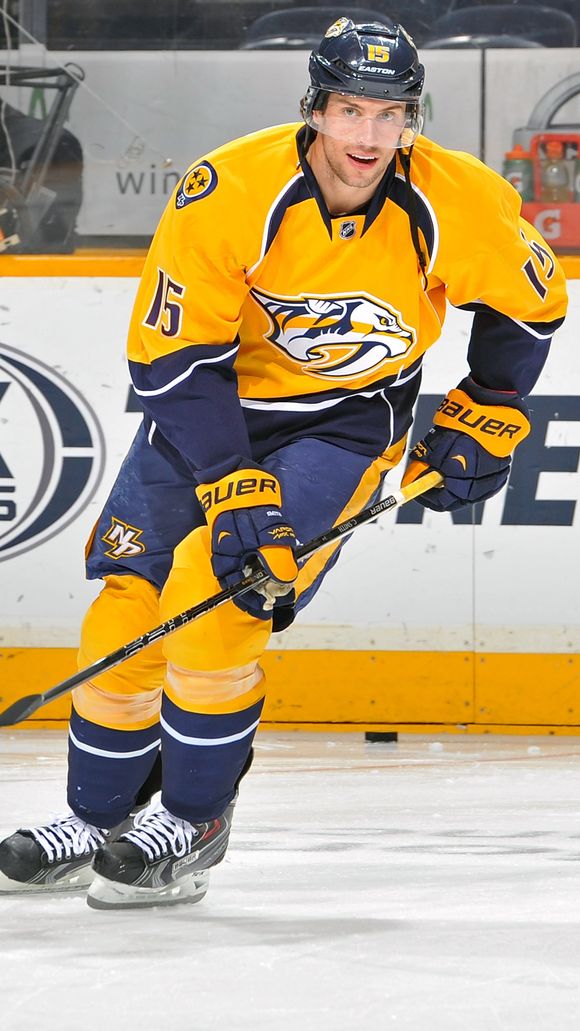 Craig Smith scored his first NHL hat trick in a 5-0 win for the Nashville Predators against the New York Islanders at Bridgestone Arena on Thursday.

Juuse Saros made 31 saves for his second shutout and Rocco Grimaldi had one goal and one assist. The Predators (27-22-7) won for the first time in three games.

Smith gave the Predators a 1-0 lead 35 seconds into the first period. He stole the puck in the offensive zone from Islanders defenseman Nick Leddy and banked his shot in off Islanders goalie Thomas Griess.

Smith gave the Predators a 2-0 lead at 7:41 of the first period on a shot from the slot on a pass from Grimaldi.

Mattias Ekholm gave the Predators a 3-0 lead at 13:33 of the first period on a wrist shot on the rush.

The Islanders pulled Greiss for Semyon Varlamov after Ekholm’s goal.

Grimaldi gave the Predators a 4-0 lead at 4:41 of the second period on a wrist shot from the right circle.

Smith completed his hat trick to give the Predators a 5-0 lead at 11:38 of the second period on a shot from the slot.