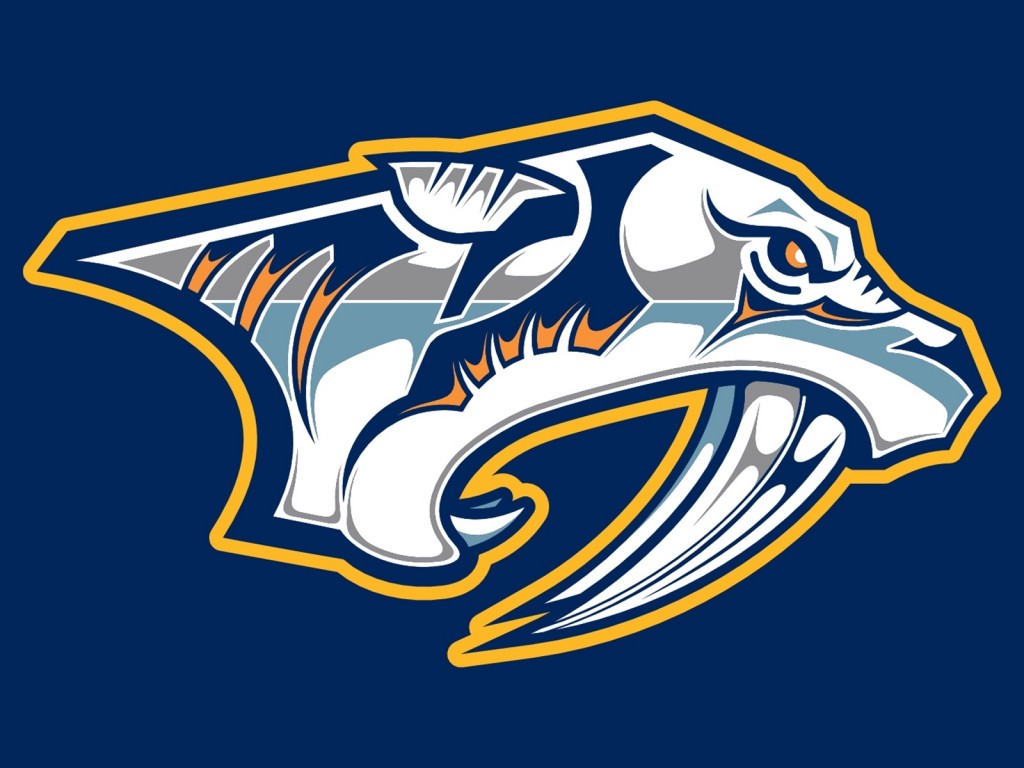 Just as it has been many times before, Nashville will again be at the center of the hockey universe on Sunday, and you’ll want to be there to take part in the festivities.
Discover presents Hockey Day in America arrives Feb. 16, and the Bridgestone Arena Plaza is the chosen location for NBC and NBCSN to host their 10-hour Hockey Day broadcast coverage. Starting at 11 a.m. (CT), NBC Sports will feature the diversity and growth of hockey in Nashville and across the country, before airing the second half of a back-to-back set between the Preds and the St. Louis Blues. The Predators will also wear their NHL Winter Classic jerseys for the occasion.
In honor of hosting Hockey is for Everyone and Discover presents Hockey Day in America, the Predators opened The Rink on Broadway, a public skating rink on the plaza at Bridgestone Arena, on Feb. 1. For a chance to appear on national television on Sunday, fans are invited to participate in one of three public skate sessions between 4:45 to 10 p.m. Full pricing information and hours of operations may be found here.
Also on Sunday, in observance of Black History Month, Willie O’Ree, the first-ever black player in the NHL, will be in Smashville. In conjunction with the visit, the Preds will host the NHL Black Hockey History Tour presented by American Legacy.
The mobile museum celebrating black achievement in hockey will be located outside the Schermerhorn Symphony Center starting at 11 a.m. The following day, fans can visit Ford Ice Center Bellevue from 10 a.m. to 5 p.m. to view a showcase of today’s stars, while also looking back at the pioneers and trailblazers who helped shape NHL history. Admission is free for fans of all ages.
For any Season-Ticket Citizens who are unable to attend the game on Feb. 16, the Nashville Predators have partnered with 7Element: Veteran and First Responder Athletic Fund to offer unused tickets to Nashville-area military members and first responders who may otherwise be unable to attend a game. To donate their tickets, Season-Ticket Citizens can log in to their MySmashville account, choose the Feb. 16 game, click the three vertical dots adjacent to the Transfer/Sell options and select “Donate.” David Farrance, Patrick Harper Star for Boston University During Beanpot:

Predator Prospects Report
A pair of Predators prospects helped lead their club to double overtime of the championship game at the annual Beanpot Tournament in Boston on Monday night.
Defenseman David Farrance and forward Patrick Harper – both Predators draftees, and both stars at Boston University – certainly played their part to help the Terriers to an overtime win in the first game of the tournament last week before seeing their team fall to Northeastern in double OT.
In that opening contest last week against Boston College, both Farrance and Harper had a goal and two assists. Farrance followed that effort with another tally and a pair of helpers in the championship game – a power-play goal that started the rally in the third period, before an assist on the tying goal with just two seconds to play in regulation – while Harper added another two assists along the way.
It’s what Farrance and Harper – who sit first and second, respectively, in scoring for the Terriers – have done all season. The blueliner leads his club with 35 points in just 27 games; Harper has 33 points in only 25 contests. Farrance is also the highest-scoring defenseman among all NCAA Division I programs, while Harper is tied for 11th in scoring in the nation.
Currently in his junior season, Farrance was selected by the Preds in the third round of the 2017 NHL Draft, while Harper, a senior, heard his name called by Nashville in the fifth round in 2016.

Philip Tomasino Named OHL Player of the Month:
How about another accolade for the young man residing in Oshawa, Ontario? Predators prospect Philip Tomasino continues to put up points at a rapid pace in the Ontario Hockey League, and the OHL rewarded him by naming the forward OHL Player of the Month of January.
It was a rather easy decision after Tomasino posted a league-leading 34 points, including 15 goals, in just 13 games. Nashville’s first-round pick in 2019 recorded three points or more on seven different occasions.
Tomasino began the month as a member of the Niagara IceDogs, and although he was dealt to Oshawa at the OHL Trade Deadline, the points kept coming. He’s had two five-point performances with the Generals, and since the New Year began, he’s had points in all but three of his 17 games played.
Thanks in large part to his January efforts, as of Feb. 10, Tomasino finds himself second in the entire OHL in scoring with 88 points, just six points behind the leader, Marco Rossi of the Ottawa 67’s. Tomasino also ranks among the Top Five in both goals (fifth, 36) and assists (fourth, 52), the only player in the OHL to slot that close to the top in both categories.

Admirals Update:
Milwaukee is on a rare, two-game skid at the moment, including a 3-2 overtime loss at the hands of the Texas Stars on Friday night.
Despite that, the Admirals are still five points ahead of the closest competition atop the AHL standings with 33 wins and 73 points in 49 games.
Daniel Carr’s 19 goals and 41 points lead the club, followed by Cole Schneider with 36 points and Tommy Novak with 32. Rem Pitlick has 16 goals for the Ads, while Schneider, Eeli Tolvanen and Anthony Richard have 13 tallies each. Troy Grosenick has 17 wins in net on the season; Connor Ingram has 16 victories. The Admirals meet the Stars again on Wednesday before heading out to Chicago and then Manitoba in the coming days.

Love Is In The Air:
We all love hockey, and the Predators want to help you show your love for that special someone all in one transaction.
Just in time for Valentine’s Day, the Preds have introduced a Hockey Love package which includes two game tickets, upscale dinner buffet in the Patrón Platinum Club and a bottle of wine per couple starting at $259 with four different games to choose from.