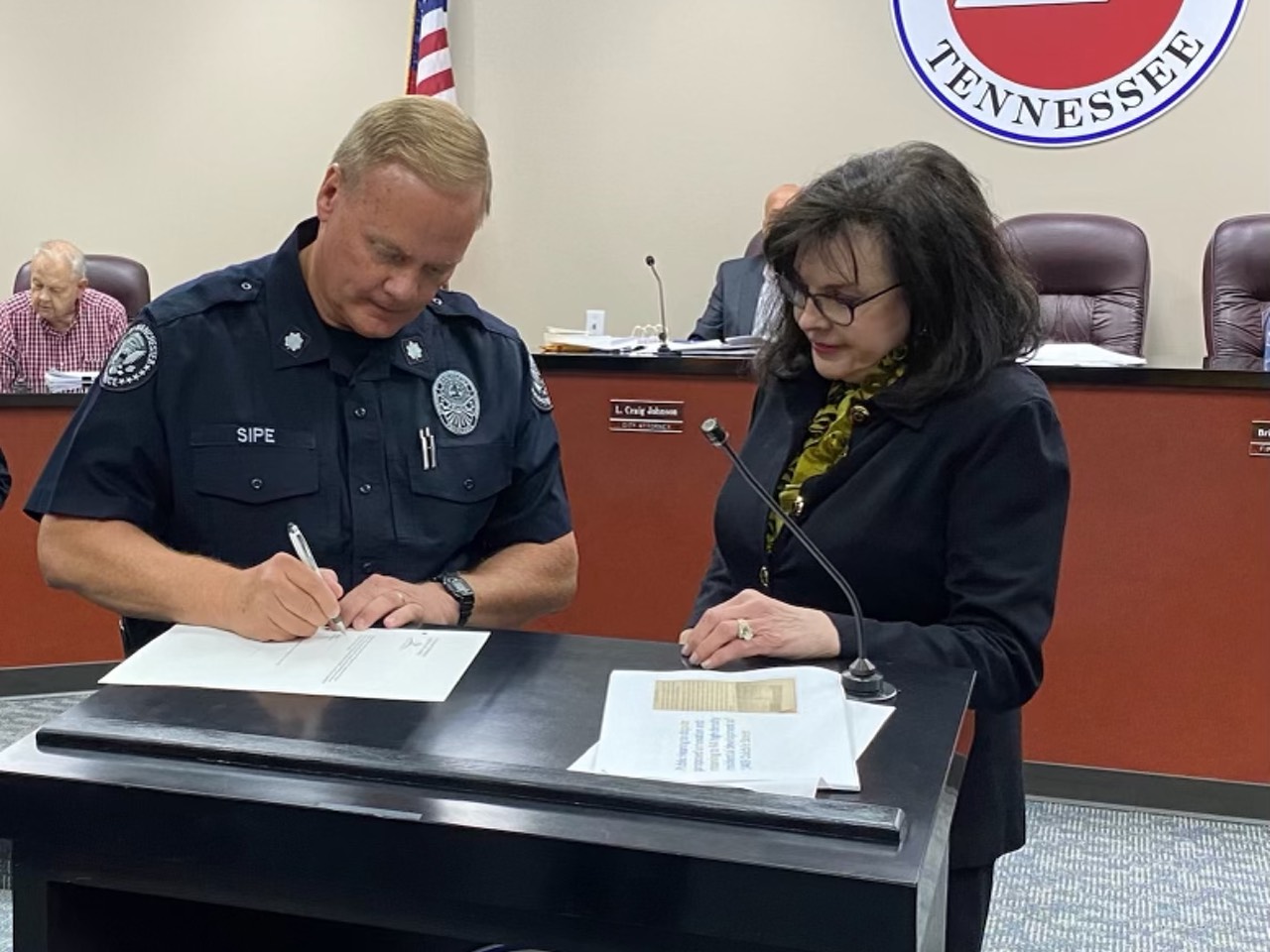 Bill Sipe being sworn in as police chief by Manchester mayor Marilyn Howard.

Longtime Manchester Police Department veteran Bill Sipe has been named the new police chief for the city of Manchester.

The full board of Manchester Mayor and Aldermen voted unanimously at its Tuesday meeting to hire Sipe, who was previously serving the department as a Major.

The vote came one day after a recommendation from the Safety Committee on Monday night.

Assistant Chief Adam Floied has been heading up the department for the past two months while the board searched for a new chief. Former Chief Mark Yother retired effective August 30th.