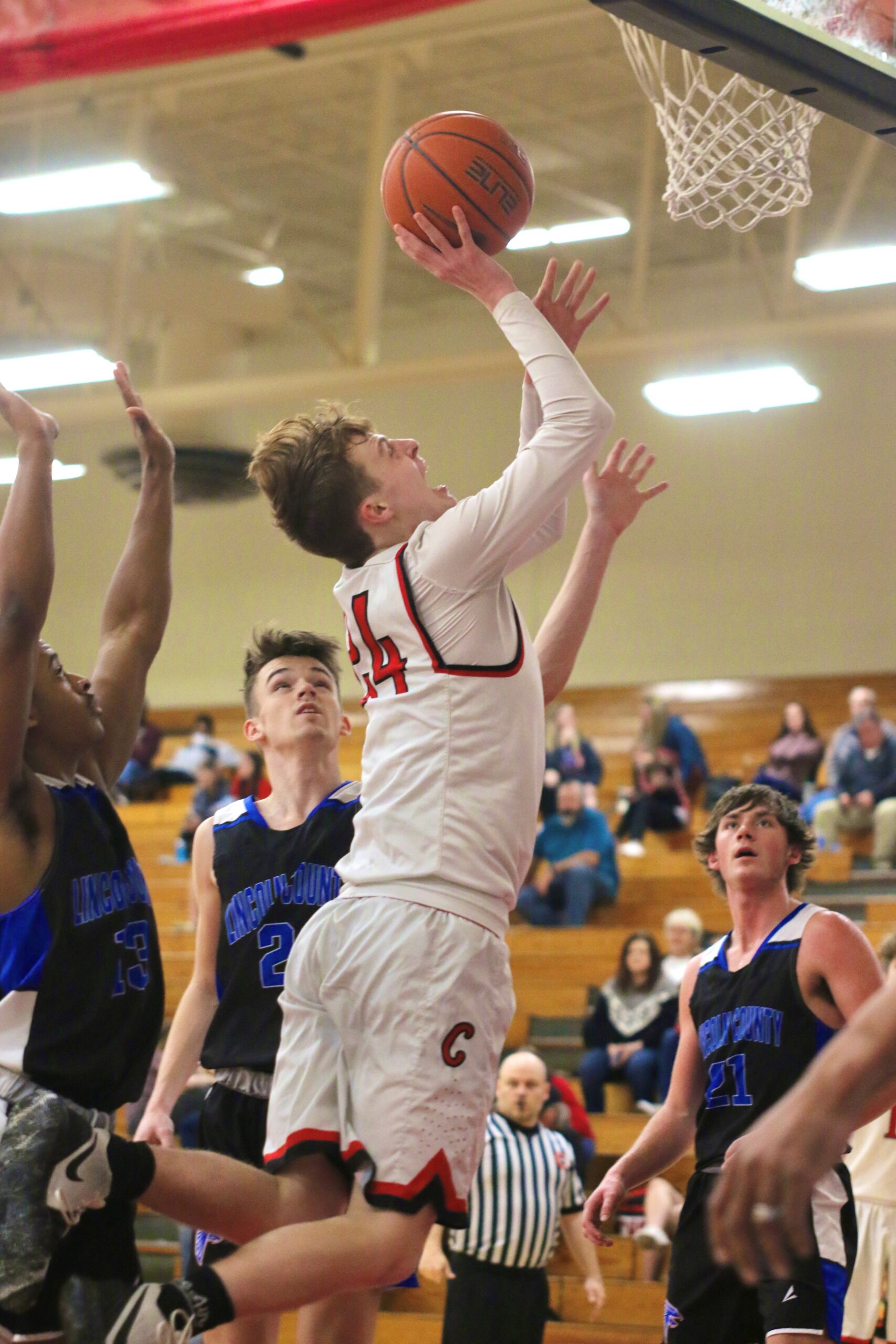 The win moves the Raiders (14-10 overall) to the District 8-AAA Championship game. CHS will host Tullahoma, who upset Columbia, in the finals at 8:30 p.m. Friday night in Manchester. Tickets will go on sale Thursday.

Against the Falcons, Coffee County used a big second half to go in front. Scrivnor scored all 12 of his points in the second half, and Jaxon Vaugh picked up 8 in the final two periods.

But it was the play down the stretch that sealed the game for the Raiders.

With 37 seconds to play, Shemwell buried two free throws to give the Raiders a 51-48 lead. The Falcons answered on a 3 by Sandlin, who finished with 19, to tie the game at 20 seconds to play. Hullett’s bucket in the final seconds was the difference.

Shemwell finished with 14 points to lead the Raiders. Shemwell and Hullett were named Stone Fort Mortgage co-players of the game by Thunder Radio. Hullett scored 9 points.