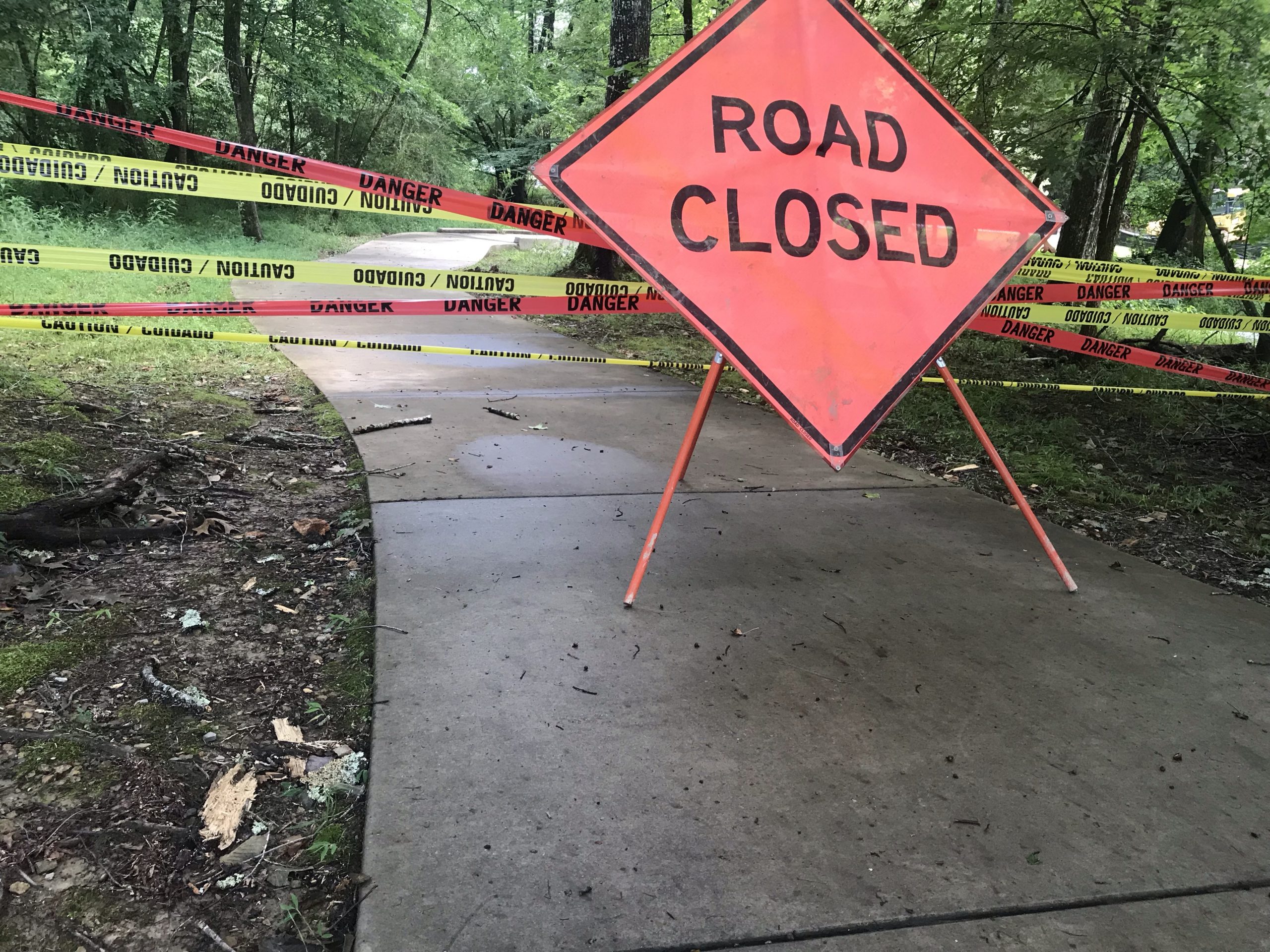 Folks walking or running the Little Duck River Greenway will encounter this sign soon after leaving the Manchester Sports Park area and walking toward the Riverview School area. Officials say the greenway in this area will be closed for “about a month” for sewer rehabilitation. (Photo by Josh Peterson)

Folks who enjoy use of the Little Duck River Greenway will have to avoid the section behind the old Riverview Alternative School for about a month as crews work on sewer rehabilitation in the area.

Work the began a few weeks ago has closed that section down for the time being as workers replace some of the sewer main in the area behind that old school and running parallel to the the greenway.

“About eight months ago we entered into a $3 million contract to do sewer rehabilitation all through town,” said Manchester Director of Water and Sewer Bryan Pennington.

Pennington said the decision was made to close the greenway in that area due to safety concerns.

“We were worried about the radius of the equipment being used through there. People working those machines can have trouble seeing all around them and we didn’t want someone walking through and getting too close.”

Pennington explained the contractor said that section of the greenway would be closed for approximately one more month while work is complete. However, the timeline is contingent upon cooperative weather.

The Greenway still has plenty of room and access points at Rotary Park, Fred Deadman Park and Dave King Park.