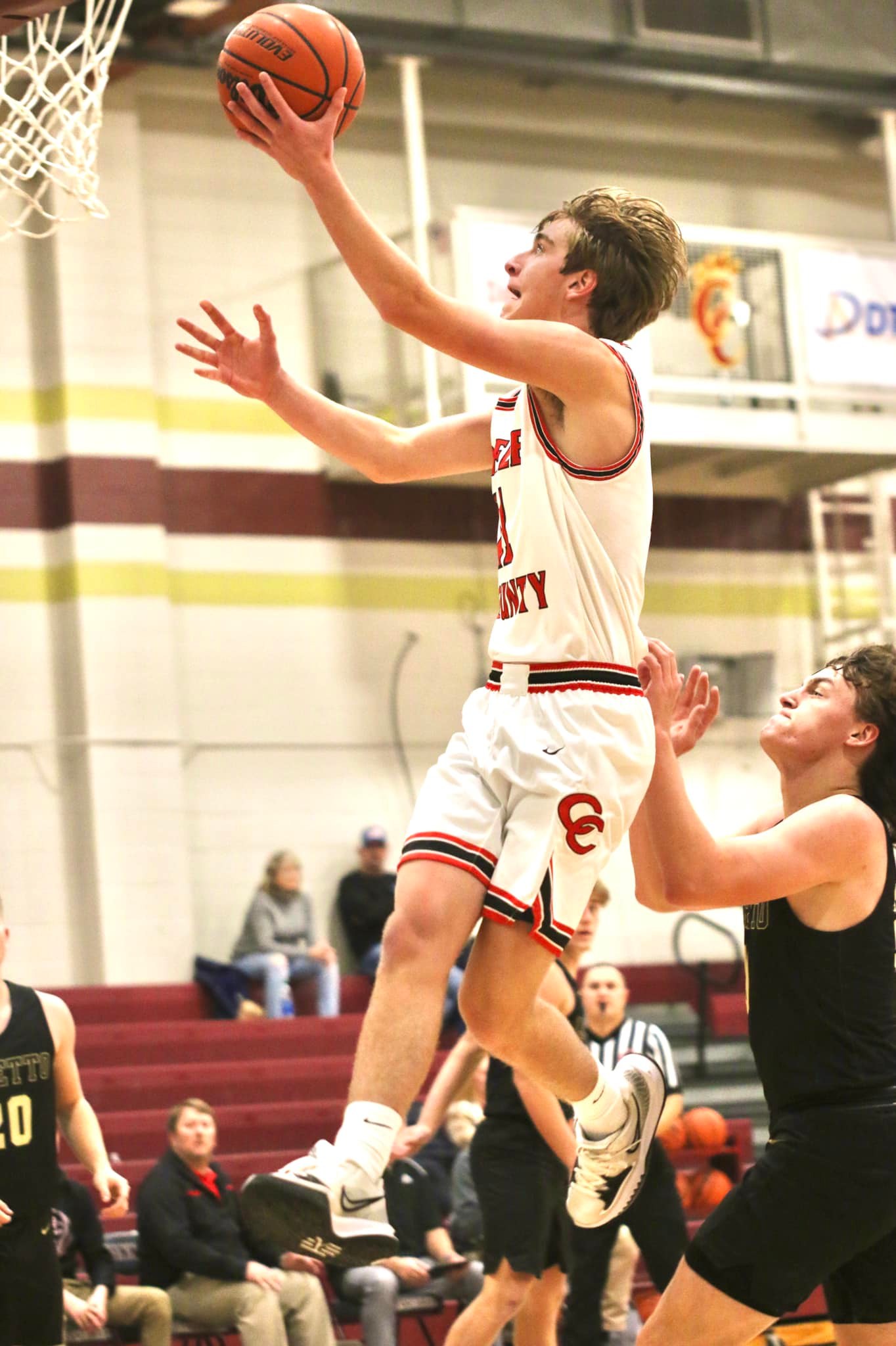 It was the second straight loss for the CHS Raider men after winning 4 out of 5.

On Tuesday, the Raiders were down by 4 at the break – 33-29. But the Warriors outscored CHS 15-9 in the third quarter and pulled further away in the fourth to seal the win.

Ten different Red Raiders scored points on the afternoon, led by 14 from Dayne Crosslin before he fouled out. Junior post Jahlin Osbourne scored 10 for the Raiders, Aidan Abellana 6, Connor Shemwell 5 and Brady Nugent 5.