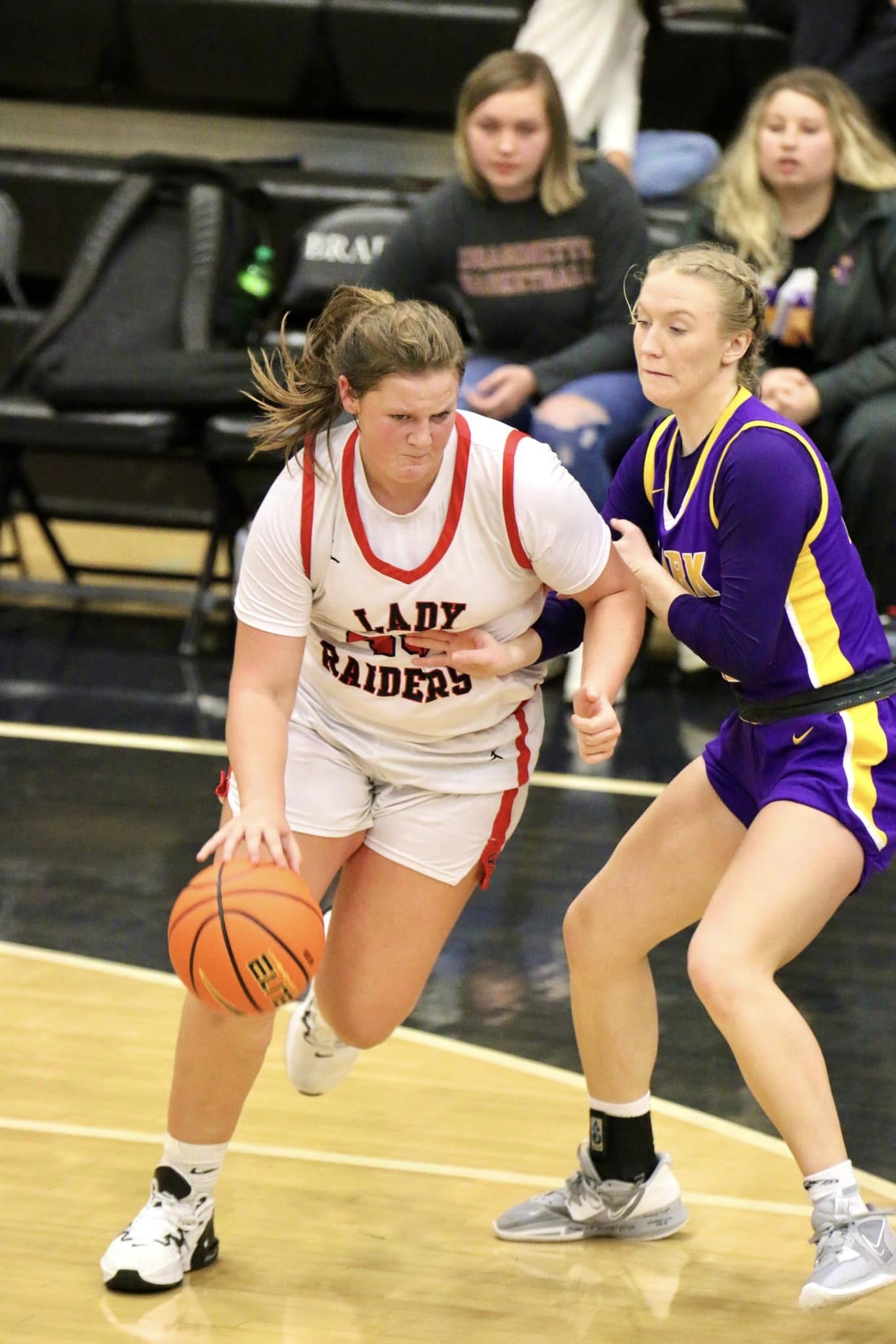 But defensive play bailed them out.

Trailing 31-30 at halftime, Coffee County held York to just 3 points through the first 12 minutes of the second half and got just enough offense down the stretch to beat the Dragonettes 52-41 despite 20 team turnovers. It was the opening game for CHS in the Bradley Central Erie Insurance Thanksgiving Classic.

“We didn’t handle pressure well at all,” said CHS head coach Joe Pat Cope. “We have to find our person who wants the ball in those situations.”

Coffee County (6-0 overall) faced its toughest test of the young season against the previously unbeaten Dragonettes. The Lady Raiders got off to a hot start and led 19-6 after one quarter behind strong post play from sophomore Channah Gannon, who had 13 points in the first quarter.

Gannon finished the night with 24 points to lead both teams. She also pulled 11 rebounds, giving her a double-double.

“I knew this was the toughest team we have played so far and I had to step up for us,” said Gannon.

“I’ve been working hard in the weight room and my mom has been helping me a lot (with my post moves),” Gannon added.

York stormed back in the second quarter, taking off on a 10-0 run and eventually taking a 31-30 lead at the break.

Even though Coffee County turned the ball over 20 times in the game, the defense didn’t let the Dragonettes get comfortable around the basket in the second half. York’s Ellie Leffew, who scored 10 in the first half, didn’t score in the final two periods.

York had cut the deficit to 6 with 2 minutes to play but a Jalie Ruehling 3 pushed Coffee County back up by 8. Olivia Vinson iced the game with free throws.

Vinson finished with 10 points and 8 rebounds. Freshman Natalie Barnes had 9 points on a trio of 3-pointers. Ruehling had 3, Alivia Reel 2 and Chloe Gannon 2. Chloe Gannon had to sit with foul trouble early – picking up 3 in the first quarter. Emaleigh Tarpley also had 2 points for CHS.

The Lady Raiders will play McMinn County at 1:30 p.m. Friday at Bradley Central High School. The Lady Cherokees put CHS out of the postseason last year.