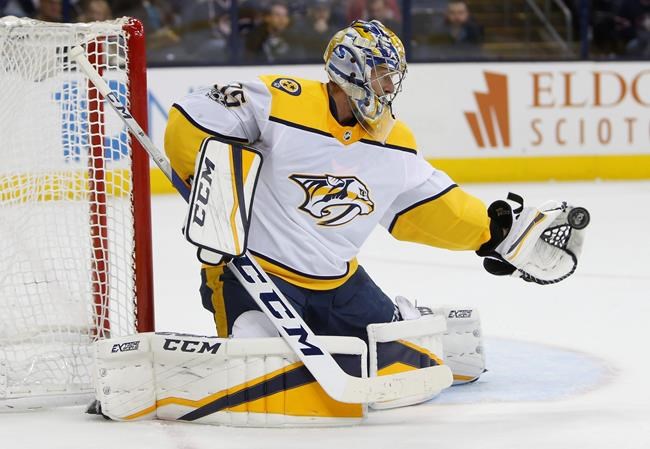 Josi had two goals and an assist, giving the Predators captain 16 points (four goals, 12 assists) in his past 19 games.

Chris Kreider and Artemi Panarin scored, Mika Zibanejad had two assists, and Alexandar Georgiev made 19 saves for the Rangers (16-13-4), who were 0-for-4 on the power play. Panarin has scored in five straight games.

New York has lost its past two games, including a 4-3 shootout loss at the Anaheim Ducks on Saturday.

Grimaldi gave the Predators a 1-0 lead at 10:36 of the first period, scoring off the rush with a shot from the left circle that hit off Brady Skjei’s ankle.

The Rangers thought they took the lead at 2:20 of the second period, but the puck off Panarin’s shot went off Ekholm, the left post and the back of Saros’ left leg before stopping on the goal line. The play was reviewed, determining the puck didn’t cross the line.

Nashville regained the lead 2-1 on Josi’s wrist shot from the right circle at 11:16 of the second.

Ekholm made it 3-1 with a breakaway goal at 15:23 of the second, 12 seconds after he exited the penalty box.

Panarin scored his 20th goal of the season to make it 3-2 with 2:42 remaining in the third period, but Josi scored a length-of-the-ice empty net goal with 1:49 left to make it 4-2. Ellis scored another empty-net goal with 4.9 seconds left for the 5-2 final.