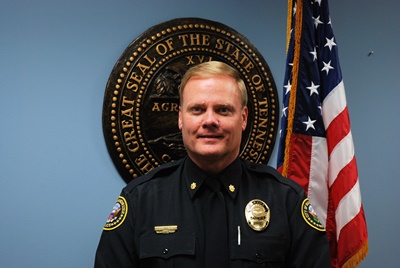 City of Manchester Safety Committee in a special-called meeting Monday (Oct. 3) voted to recommend the hiring of longtime lawman Bill Sipe as the city’s next police chief.

The recommendation still needs to go to the full board of Mayor and Aldermen for a vote. That is expected to happen at the next regularly-scheduled city board meeting, which will take place at 6:30 p.m. Oct. 4 at Manchester City Hall (200 W. Fort St.)

Sipe is currently a major at the police department with decades of experience. Meanwhile, Floied, who also received a motion for recommendation that did not pass, is also a longtime member of the department. He has served as a captain and for the past 10 years as assistant chief.

The city has been looking to hire a new chief since Mark Yother announced his retirement in August.

During the hiring process, the City of Manchester used Municipal Technical Advisory Service (MTAS) to collect applications and conduct interviews.

During the interview process, scoring interviewees in multiple areas on a scale of 1-4, Floied earned the highest cumulative ranking with a score of 18.5, according to documents obtained by Thunder Radio News.

These structured interview scores were provided to Manchester aldermen for their use in decision making.

1 – Does not meet requirements