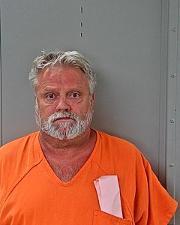 A Rutherford County man is in trouble after allegedly shooting his neighbor after the two got into an argument.

The Daily News Journal reports that Larry Dale Pitts, age 57, has been charged with attempted first-degree murder. The report states that Pitt threatened to kill his neighbor and his family after the two to into an argument on Tuesday, July 16th. Later in the day, the two began arguing again when Pitts allegedly grabbed his gun and shot his neighbor once in the leg. The victim was transported to Vanderbilt University Medical Center for treatment.