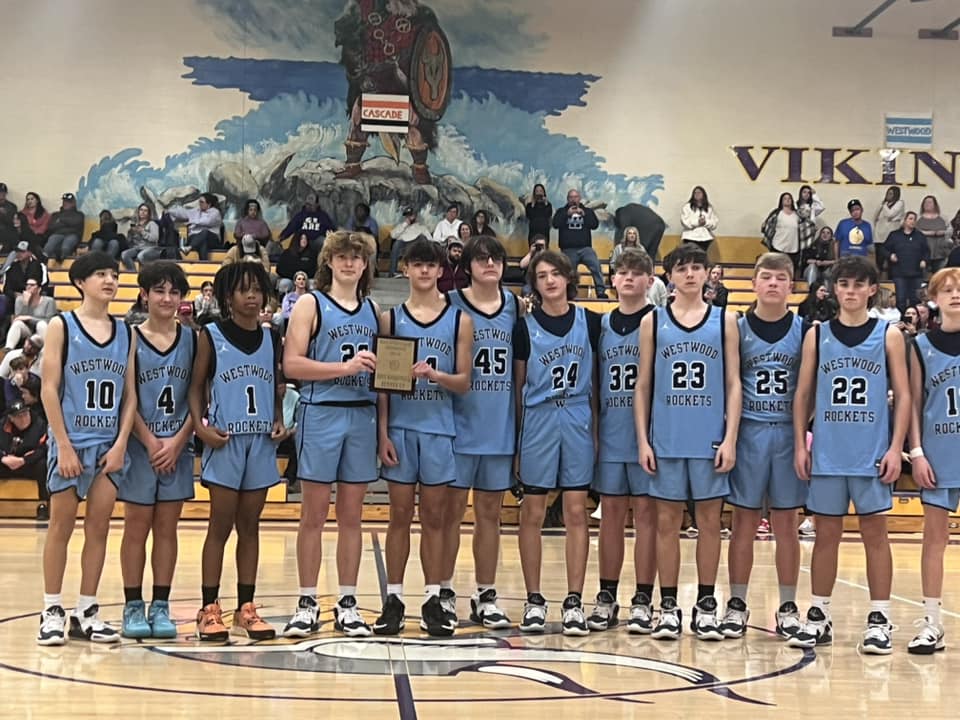 The Westwood Rockets pose with their 2nd place plaque after losing to Eagleville in the DRVC Championship game Saturday, Jan. 14, 2023. -- Photo by Holly Peterson, Thunder Radio.

But in the end the Rockets just didn’t have enough shots in them.

Westwood (3 seed) pulled to within a one possession deficit three different times in the fourth quarter and had four different shots to tie the game in the final 2 minutes but never could get the ball to fall and eventually fell 37-34 in the DRVC Championship at Community Middle School.

Zeke Jones knocked in a couple 3-pointers in the final 10 seconds to pull the Rockets within 3 but Westwood ran out of time.

Lowery paced the Rockets with 13 points. Buchanan, Jones and White all pitched in 6 and Keller Hatfield 3.

Eagleville’s Gabe Cole led everyone with 18 points. Most importantly, he was 7-of-8 at the stripe in the fourth quarter to keep Westwood just far enough away.

The Rockets fall to 11-8 on the season with the loss.

Westwood’s Kaysen Lowery and Matthew White were each named to the DRVC All Conference team and to the All-Tournament team.