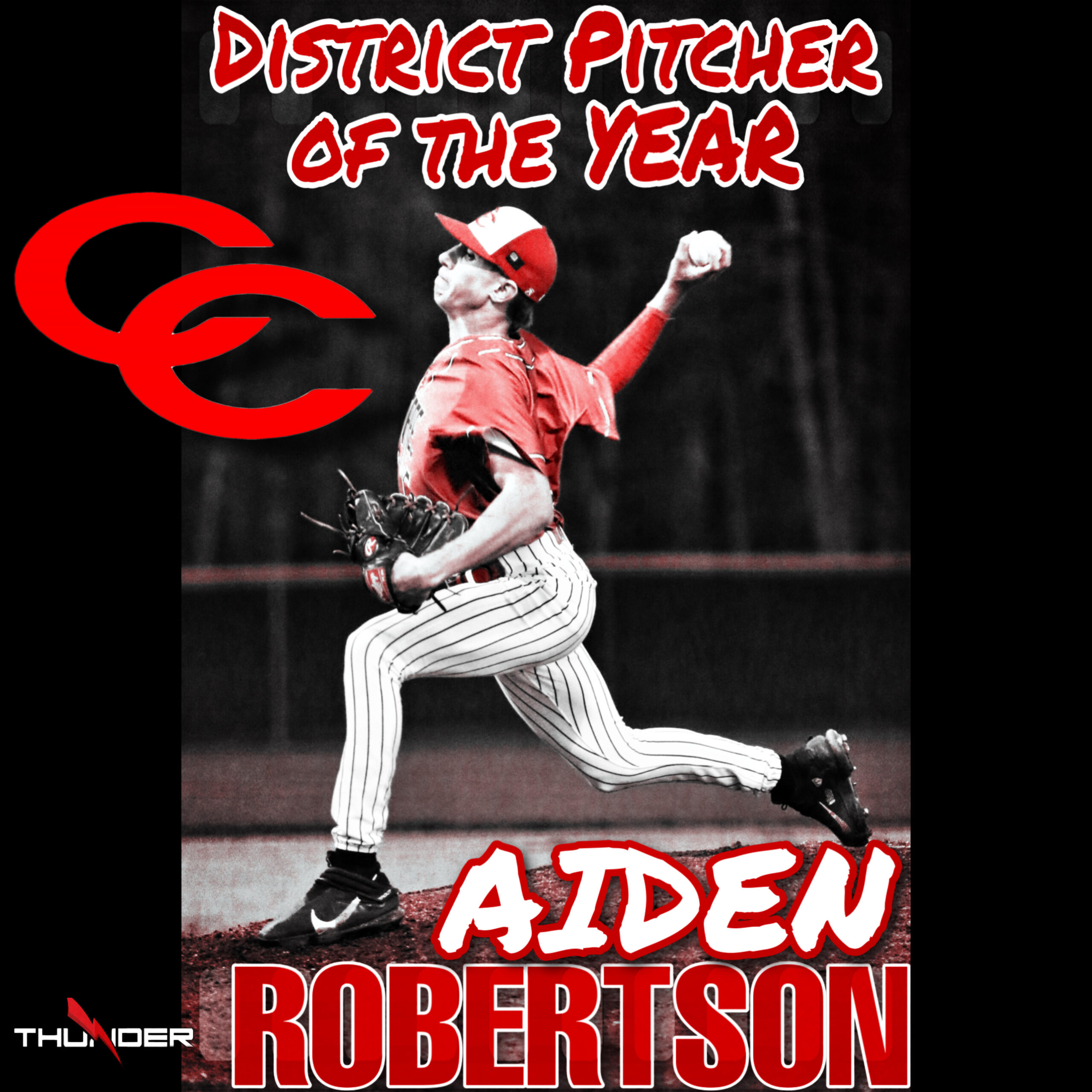 The right-handed hurler was named District 6-4A co-Pitcher of the Year Monday night. Robertson went 5-0 in district play, striking out a remarkable 69 batters over 39 innings of work. He led the pitching staff with a 1.26 ERA.

The Raiders will host Franklin County in the winner’s bracket finals of the district tournament at 4:30 p.m. Tuesday.