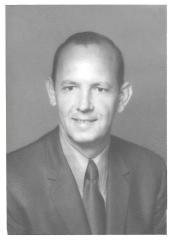 Robert (Bob) Brown Tipps, Sr. of Tullahoma and Sevierville, born July 29, 1930, passed away at home with family on November 7, 2022 at the age of 92. Mr. Tipps was a member of Alder Branch Baptist Church in Sevierville and former member of First Christian Church in Tullahoma. Born in Mulberry, Tennessee, he attended school in Mulberry, Lynchburg and Flintville. He graduated from Middle Tennessee State University in 1952.

Mr. Tipps was a veteran of the U.S. Air Force (1952-1956). He served with the 463rd Troop Carrier wing in Memphis, Tennessee and Ardmore, Oklahoma. He served 21 months in England with the 513th Fighter Bomber Squadron and was discharged in September 1956 as a Staff Sargent. He then served in the Army National Guard.

Bob served on the Tullahoma Board of Mayor and Alderman.  During his term on the Board, he was privileged to work for and vote to locate Motlow State Community College in Moore County. He also worked for the construction of Harton Hospital, the Multi-County Mental Health Center, and was treasurer for the construction of the Lannom Memorial Library in the early 1960s. Mr. Tipps and his brother Bill owned Jiffy Dip restaurant and later, along with their partners, built Holiday Marina in Tullahoma after construction of Tims Ford Lake.

After returning from his tour of duty in the Air Force, Mr. Tipps taught science and was assistant football coach at West Junior High School in Tullahoma. He also worked at his brother Bill’s store, Speedee Pantry and the Jiffy Dip for many years.

Bob was very active in civic affairs. He was an active member of the Tullahoma Jaycees, serving as president and earning the Tennessee Outstanding Young Man of America award. In 1961, he led the Tullahoma Jaycees in the establishment of the first group home for intellectually-challenged children in Tennessee. He served as president of the Coffee County Association for Retarded Citizens (now the ARC) and served as president of the Tennessee  ARC from 1971-1974. Mr. Tipps was involved in the association’s work to get legislation passed by the General Assembly to provide mandatory education for handicapped children in Tennessee. The law was enacted by the General Assembly in 1972.

Mr. Tipps was an active supporter of the Tennessee Schools for the Deaf, establishing a scholarship fund in memory of his aunt, Johnnie Tipps, who attended the school during her elementary through high school years.

Mr. Tipps was employed by the Tennessee Department of Education as the Right to Education Officer in 1974 to advocate for disabled children and their parents in securing appropriate services for the children through local school districts across the state. He drove over one million miles across Tennessee during his 30 years in this position. He retired in 2006 having received numerous awards of recognition for his work for the disabled from Tennessee governors Buford Ellington, Winfield Dunn, and Lamar Alexander.

Visitation will be held Saturday, November 12, 5pm-8pm at Daves-Culbertson Funeral Home, 401 Jackson St. Tullahoma, TN and funeral services will be held there on Sunday, November 13, at 2pm. Burial will follow at Rose Hill Memorial Gardens. In lieu of flowers, contributions may be made to the Johnnie Tipps Memorial (PTCA) Scholarship Fund at the Tennessee School for the Deaf, 2725 Island Home Blvd., Knoxville, TN, 37920. Please make checks payable to TSDA/TPCA.

Online condolences may be made at www.davesculbertsonfuneralhome.com.
Daves-Culbertson Funeral Home is in charge of arrangements.