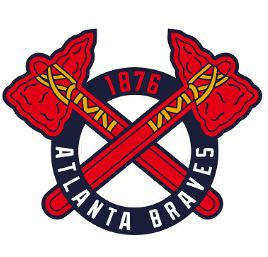 While this might sound like a good plan, Braves manager Brian Snitker does not necessarily see it as a practical one. At this point, he believes Riley and Camargo would both be best served playing on an everyday basis, even if that means one would likely be doing so at the Triple-A level.

“Realistically, can you get both guys [on the roster]?” Snitker said. “No, I don’t know you can do them justice. If you’re not playing them every day, then you’re not going to do them justice. You can talk about it, and it all sounds good. But in reality, it’s just not that easy to do.”

Camargo has long been considered a talented, versatile player who might be best utilized as a utility player during a significant portion of his career. But he fared well as Atlanta’s starting third baseman in 2018 and then struggled when pushed to a backup role last year. Those most recent results could influence what the Braves do with Camargo if Riley is eventually given the everyday job at third base.

“We saw how [being a role player] affected Camargo last year,” Snitker said. “It wasn’t real good. I don’t know if [Riley or Camargo] have the experience to be that versatile [bench] guy that we want.”

Eventually, Camargo could once again be placed as a utility player, a role he filled in 2017 and through the first six weeks of the ‘18 season. But for now, his focus is on the third-base battle currently being waged against Riley, who seems intent to put last year’s disappointing second half behind him.
“Both of them have done really well,” Snitker said. “I love where Austin is at offensively. They are both going to make it tough. We’ve got a long way to go, but they both have been very good.”

Riley has gone 4-for-13 with no extra-base hits through the first week of the Grapefruit League season. But he has shown his tremendous power potential with a couple of long flyouts, and he has struck out just once. That’s very encouraging given he struck out in 50 of his final 109 at-bats last season.

“There are some takes that I’ve seen [on pitches] he chased last year,” Snitker said. “The contact has been really good. You’ve got to look [beyond] stats here because every day we’re playing in some kind of wind tunnel. You’ve got to just see how hard guys are hitting balls.”

Camargo, who has gone 4-for-12 with a homer and two strikeouts, might be the superior defensive option. But the Braves are confident Riley could also be an asset with his glove at the hot corner.

“I’m very comfortable with [Riley] at third base,” Snitker said. “I have no problem with him at third at all. Shoot, he went out in the outfield last year and was really good. He was a plus defender out there.”

Riley seems intent and quite capable of keeping this battle interesting through the end of camp. There should be some hesitancy about possibly being fooled by Spring Training results. But if he continues to consistently make solid contact with a reduced strikeout rate, the Braves might end up giving him the third base job earlier than some might have expected.