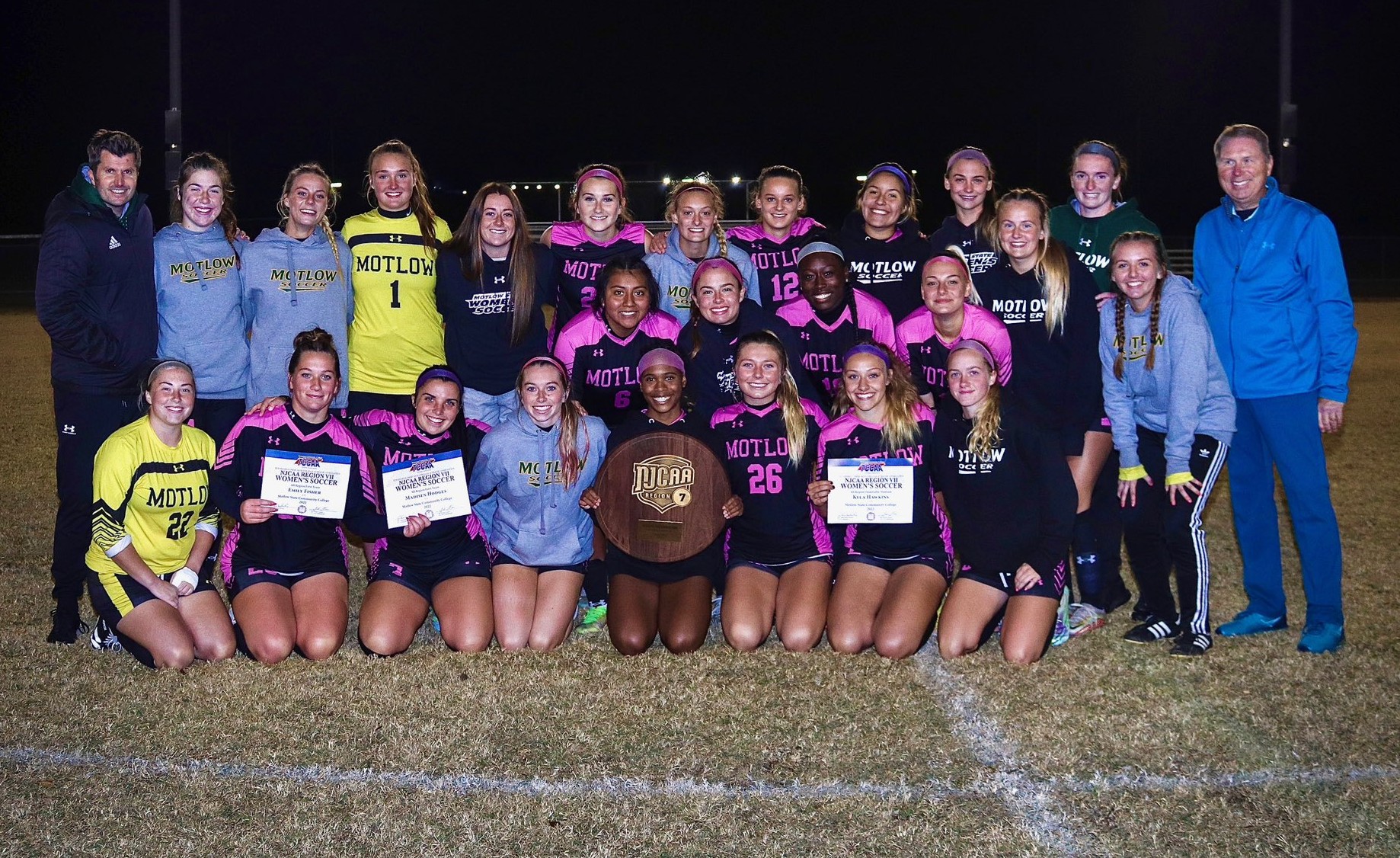 Motlow (15-3) will host the winner of the Georgia championship, South Georgia State, for the Southeast District title on Nov. 4. The district title game will be played in Winchester starting at 6 p.m., with the winner advancing to the NJCAA national tournament.

Sophomore Kristen Gasaway led the scoring for Motlow with three of the four goals. Gasaway is tied for fourth in the nation with 20 goals on the season, a new Motlow school record.

Ellie Kirk got the scoring started for the Bucks with a goal at the 9:08 mark on an assist from Alysa Benton. Benton is now third in the nation with 15 assists, also a new Motlow school record.

Lucy Riddle played the entire game at goalkeeper and recorded the shutout with two saves.

The Bucks recorded 28 shots on goal, including 10 by Gasaway, and four each by Kirk and Fisher.