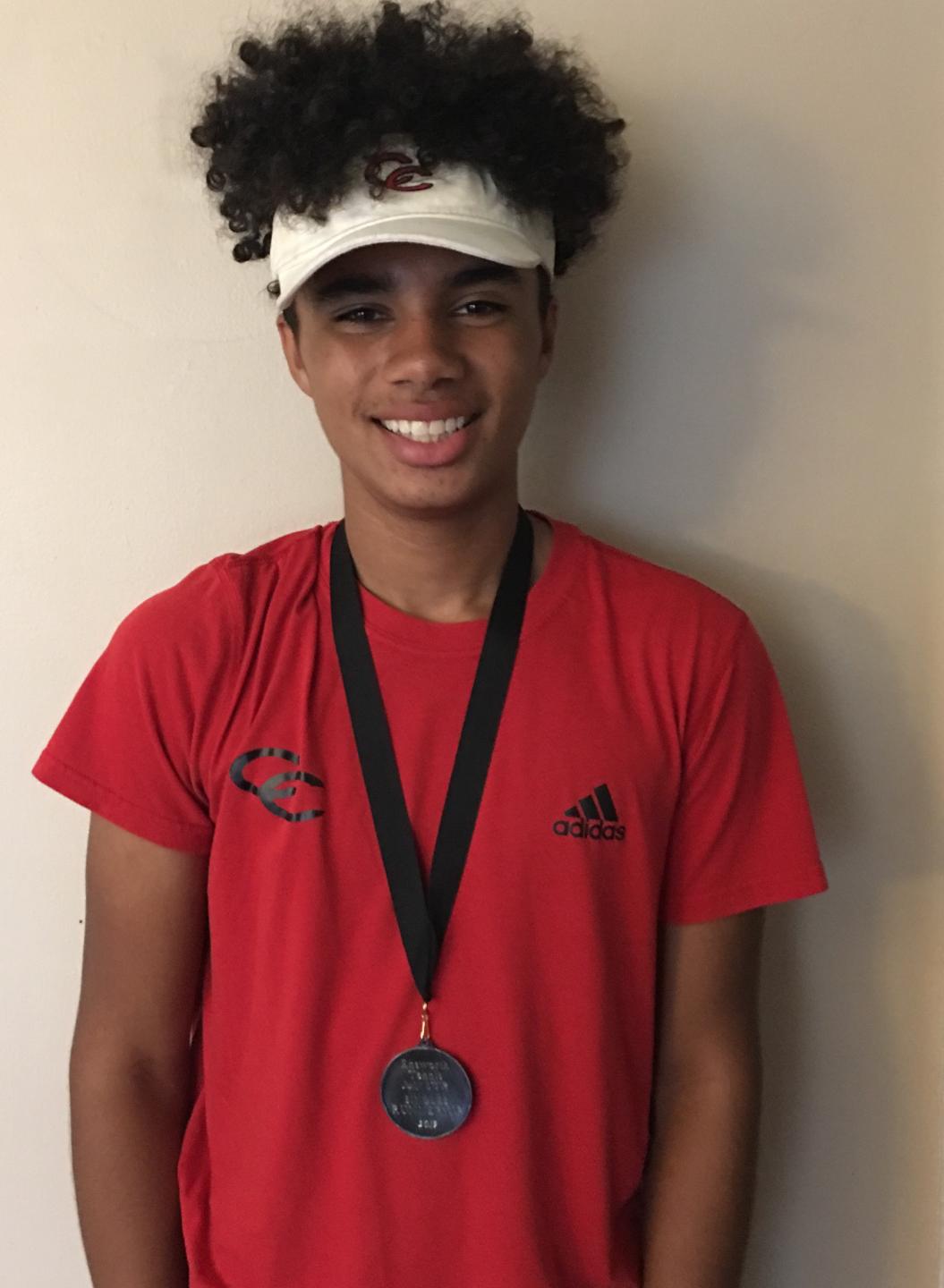 For the second straight year, Coffee County Central High School rising  junior tennis player Jaden Talley captured a medal in the Ensworth Summer UTR Invitational. Universal Tennis Rating (UTR) is a global tennis player rating system whose goal is to produce an objective, consistent, and accurate index of players’ skill in the game of tennis. UTR rates all players without regard to age, gender, nationality, or locale of a given match.
After his performance in the seeding matches, Talley opened up play in the single elimination bracket on Sunday with a bye in the round of 16. In the quarterfinals, Talley captured a straight set win(6-3, 6-2) over Tyler Smith of Franklin. Talley battled to another straight set win in the semifinals by set scores of 7-5, 6-1 over Owen Irving of Nashville to advance to the finals. In the finals, Jaden squared off against Max Pruitt of Ensworth. Talley fell in straight sets 4-6, 3-6.
Talley credits his performance to a long summer of working on his game and facing some tougher competition. Talley and CHS teammate Jonah Rollman have practiced together every chance possible this summer and Jaden says “it has improved some areas of my game from the beginning of the summer.” Talley has also committed himself to working against older and more talented players this summer in league play to develop his skills.
The tournament was the 2nd of the summer for Talley as he won the consolation bracket title in his first tournament earlier this summer. Next up for Talley will be the state team tennis championship in Murfreesboro. Talley, a member of a select team out of Murfreesboro, is looking forward to the tournament which begins on Friday and concludes on Saturday. In the preparation matches for this week-end’s tournament, Talley’s team is unbeaten.
In this article: