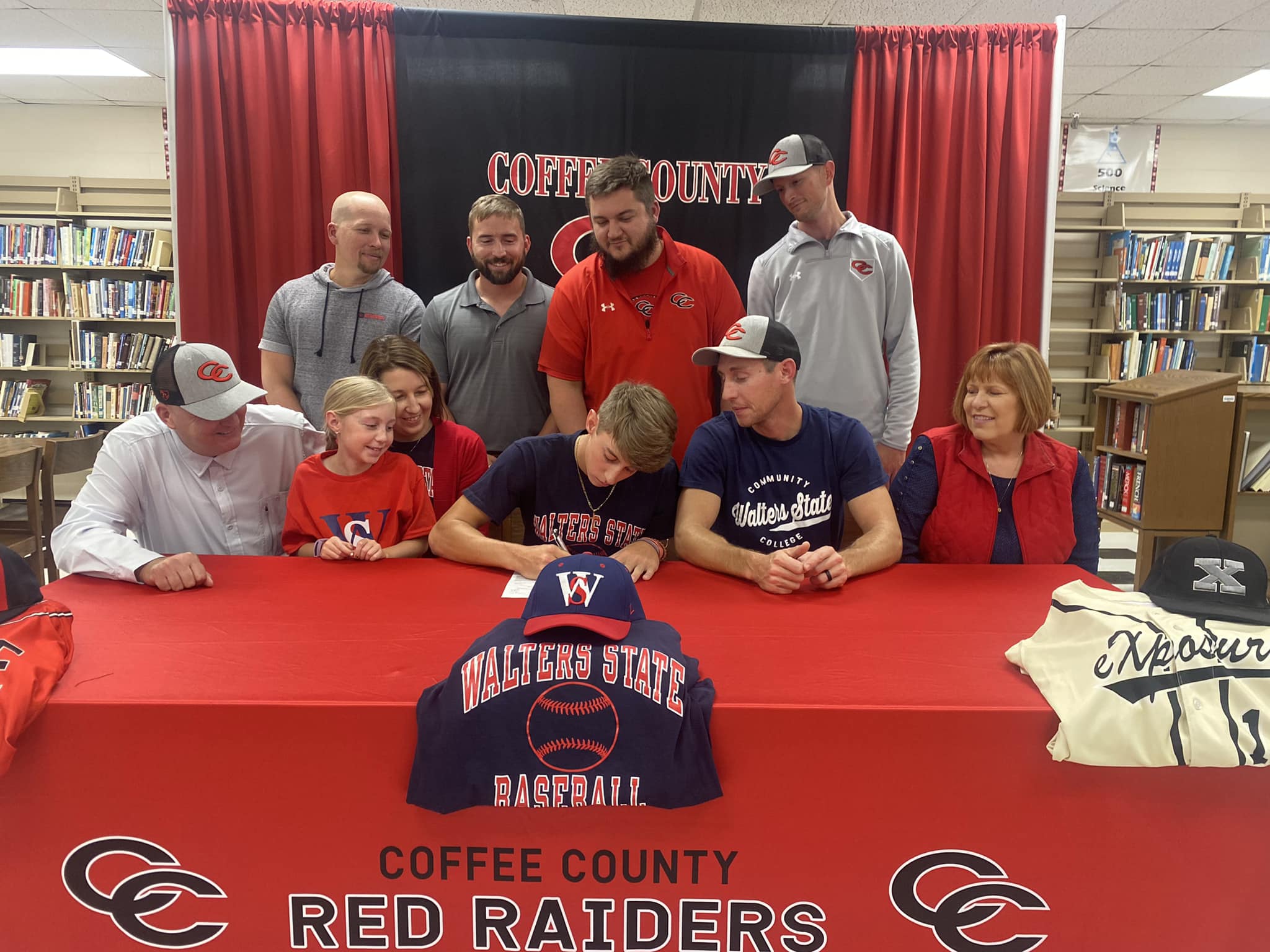 Over the past couple of years, Aiden Robertson realized that playing college baseball might be possible for him.

Tuesday that became a reality.

In front of friends, family, coaches and teammates on Tuesday, Oct. 25 2022, Robertson signed on the dotted line to play college baseball at Walters State Community College – one of the top junior college programs in the land. Last year’s Senators team was 60-7, losing in the junior college world series. It was their 4th consecutive year to reach the JUCO world series.

Naturally, the success of the Senators caught Robertson’s attention. But the educational program was also top of mind.

“What really sold me was their engineering program,” said Robertson, who said he is a “most definitely” a math guy.

“I want to go into civil engineering and they have a good pre-engineering program. They are well known for sending their guys to great 4 year schools. Ben Joyce came from Walters State (went to Tennessee) and now he is playing in the pros.”

He said he started realizing his potential to play at the next level when he was a sophomore.

Robertson gave a nod to his parents for helping him through the process.

“Just a big, huge thank you to my mom and dad (Amber and Scott Robertson). They both have been there through it all. My dad, especially, he showed me baseball and helped develop me as a player and a person. Without him I would not be here signing today.”