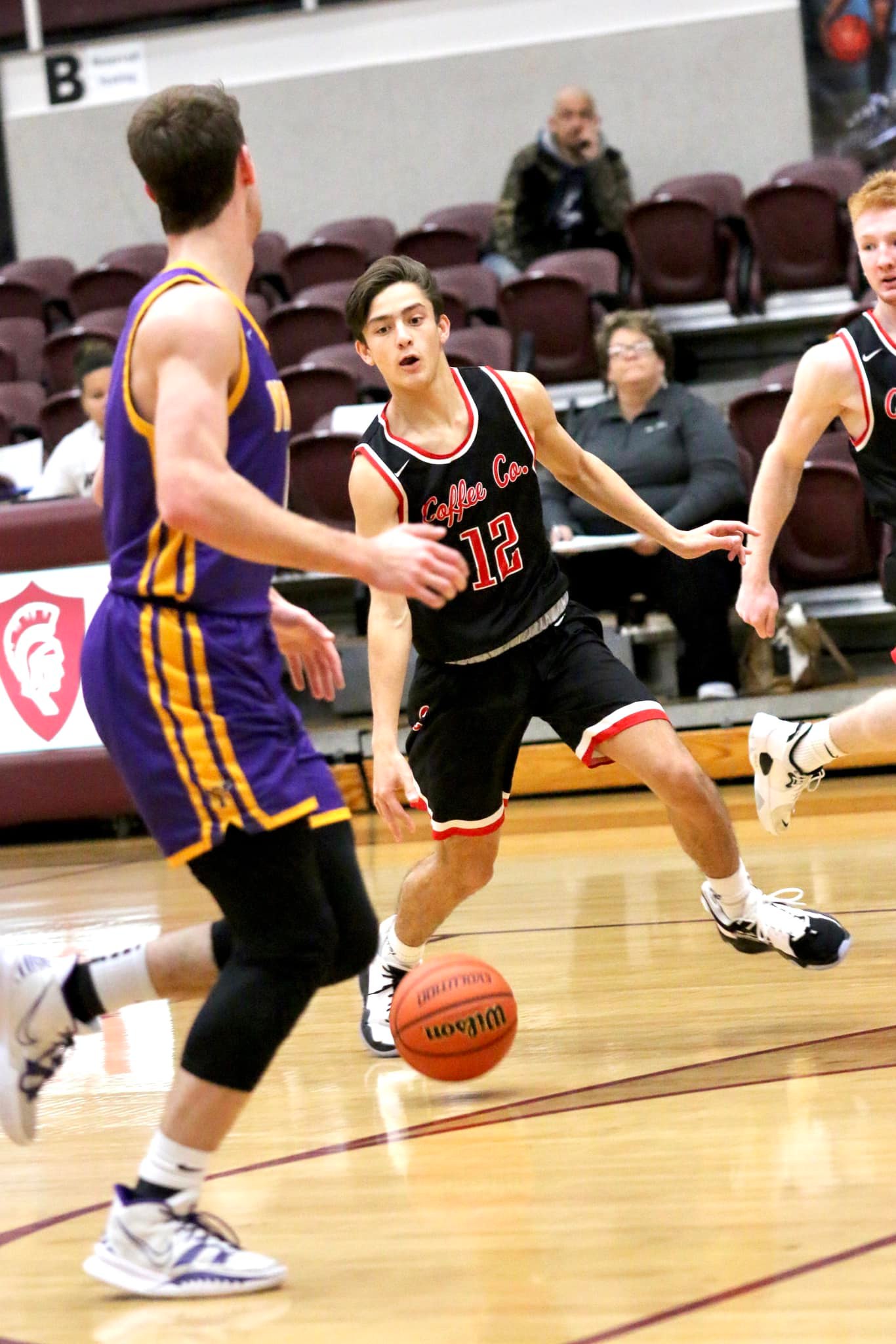 But a furious fourth quarter comeback and a game-deciding bucket with 10 seconds to play gave the CHS Red Raiders a 53-51 win over the York Dragons in the finale of the Sonic Shootout at White County High School.

York slowly pulled away in the fourth quarter, eventually leading by 10, and looked to be slowly ending what would have been a miserable, 0-3 tournament for the Raiders. But Coffee County stormed back, cutting the deficit to 3 with 3:13 to play on a Dayne Crosslin 3-pointer.

Down by 2 with 1:05 on the clock, Raider senior Brady Nugent stole away a York inbound pass and finished with a layup to tie the game at 50-50.

The Dragons went back ahead by 1 on a free-throw, but the Raiders won the game when Aidan Abellana made a backdoor cut down the baseline, caught a pass and put the ball in the bucket with 10 seconds to play to put CHS up 52-51.

Both teams were back and forth throughout. The Raiders led 17-16 at halftime. But York heated up behind the arc to begin pulling away in the second half. The Dragons hit 4 second-half three pointers.

Coffee County improves to 9-6 with the win. The Raiders won’t play again until the new year.