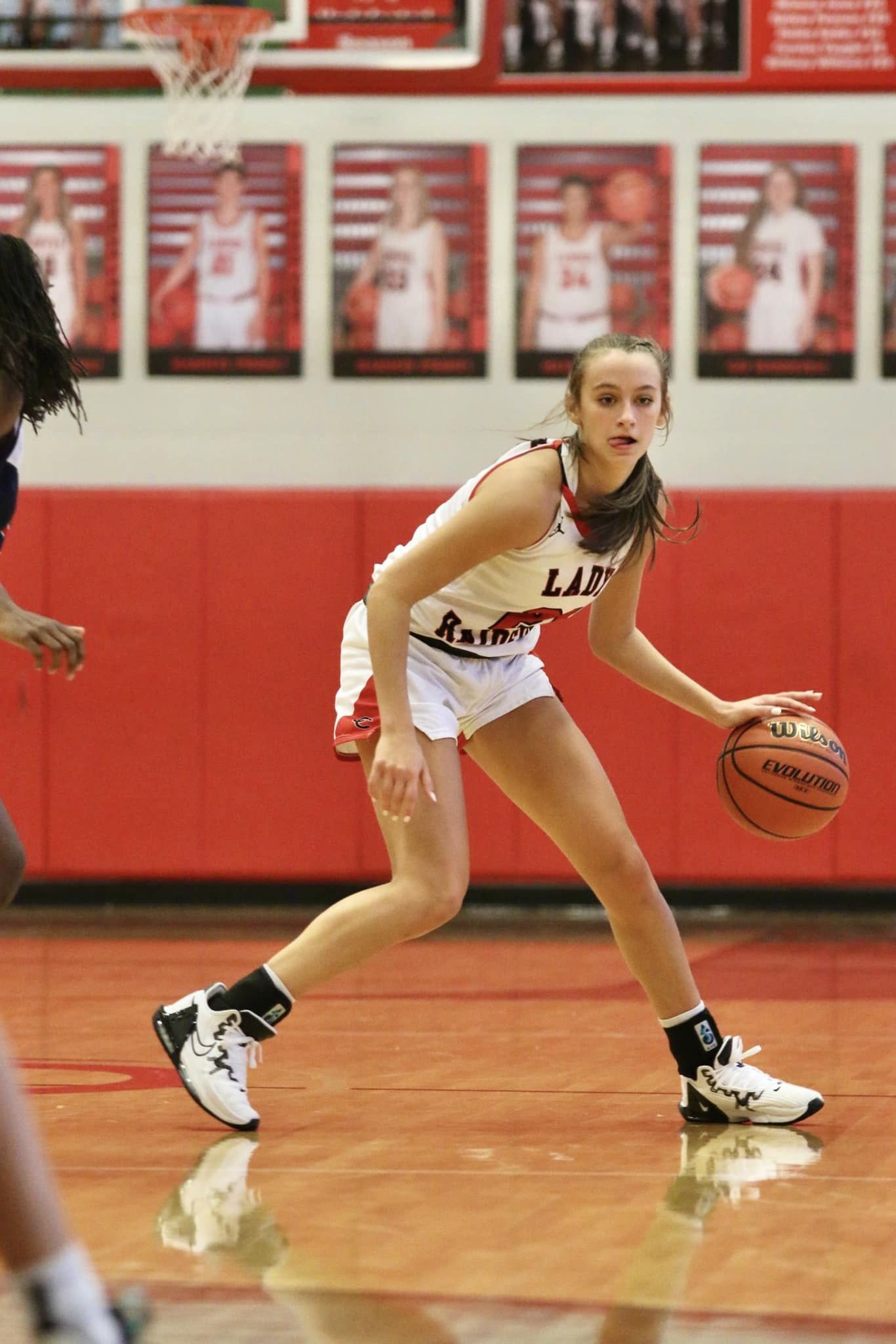 Coffee County finished off the basketball season sweep of Tullahoma Friday night, going on the road and leaving with a pair of wins.

At no point Friday night did Coffee County look like the dominant force that has showed up on most nights. But the Lady Raiders still took care of business.

The Lady Raiders got a big bucket from Olivia Vinson with a minute to play to push its lead to 32-26 and create some breathing room. From there Coffee County was good enough at the free throw line to pull away and finish off the cats.

Vinson finished the night with 14 points and was named Thunder Radio’s Stone Fort Mortgage Player of the Game.

Chloe Gannon fought for 15 points in the paint.

Tullahoma had a lead with 6:55 to play on a McLayne Bobo 3-pointer to push the Lady Cats up 24-23. Vinson got a reverse layup to drop to put CHS back in front and the Lady Raiders never gave up the lead from there.

CHS moves to 12-1 on the season with the win and completes the season sweep of Tullahoma after a 22 point win Dec. 2 in Manchester. Coffee County is now 17-1 against Tullahoma in the past 18 games.

The Lady Raiders will play East Nashville at 11 a.m. Saturday at Rockvale High School before taking part in the Tullahoma Jeff Taylor Christmas Invitational next week.

For the second time in two weeks, the Raider defense smothered Tullahoma and slowly pulled ahead of the Wildcats for a 45-30 win.

Cooper Reed had 5 blocks in the first half to help the Raider defense keep Tullahoma at bay. The Wildcats never closed the game to any closer than 9 points in the second half once the Raiders went ahead by 10.

The Raiders have won 5 in a row and are now 9-4 with the season sweep of the Wildcats. Coffee County will return to Tullahoma next week to compete in the Jeff Taylor Christmas Invitational.