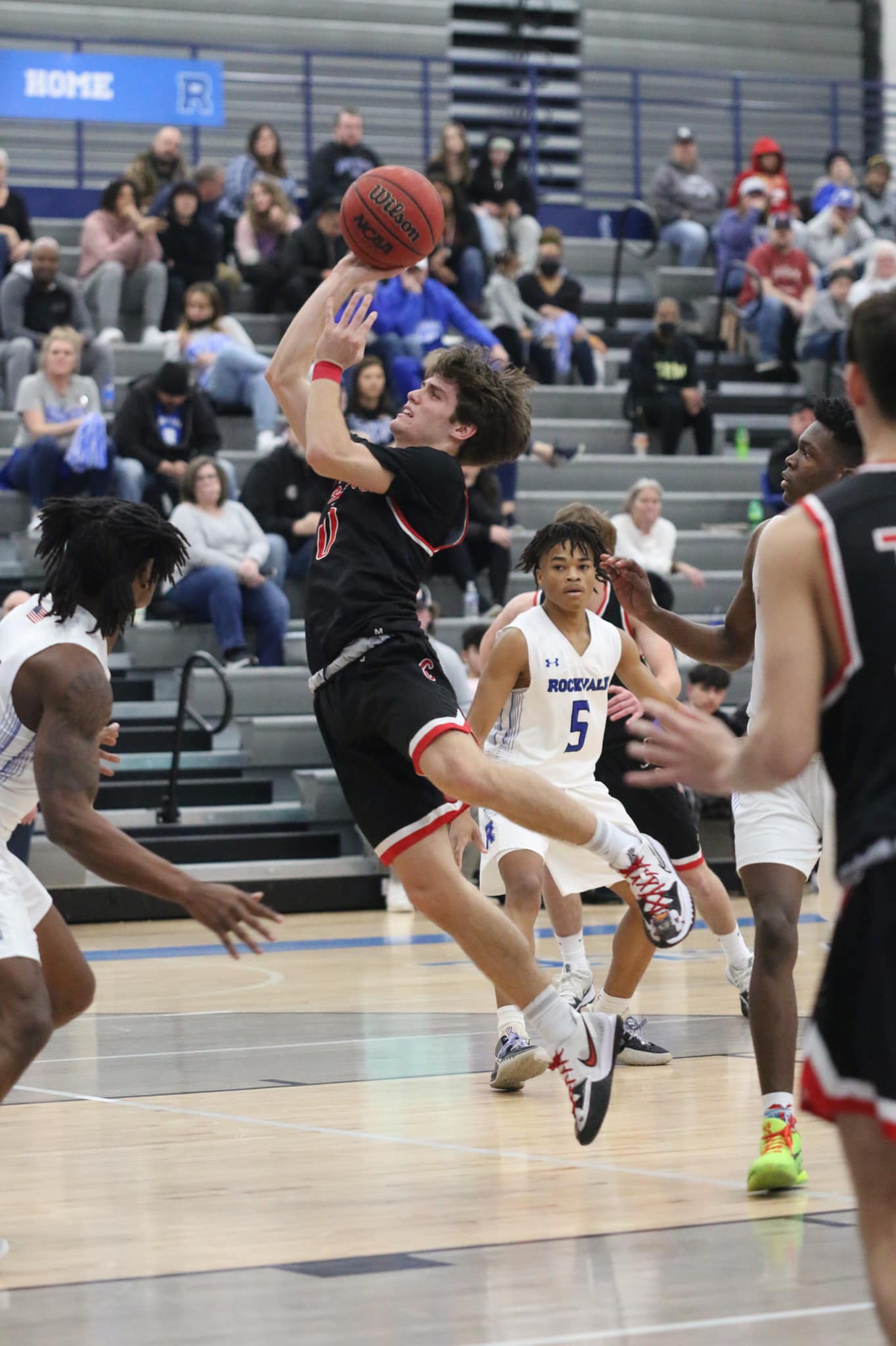 It took a half for Coffee County to completely distance itself from Rockvale, but the Raiders finally put on more steam in the second half and cruised to a 55-42 non-district win on the road Saturday night.

Junior Dayne Crosslin started off the game red hot, pouring in 11 points in the first half – finishing with 14.

The Raiders got a tip-in from Aidan Abellana at the halftime buzzer to take a 1 point lead into the locker room. It was all Coffee County in the second half, pulling ahead by as many as 20 (53-33) with 3:04 on the clock. The Raiders worked in some subs late.

The win improves the Raiders to 16-8 on the season and was their second in as many nights. CHS beat Warren County in overtime Friday night on the road.

THIS GAME WAS BROADCAST LIVE ON THUNDER RADIO. CLICK HERE TO GET THE AUDIO REPLAY OF THE BROADCAST.