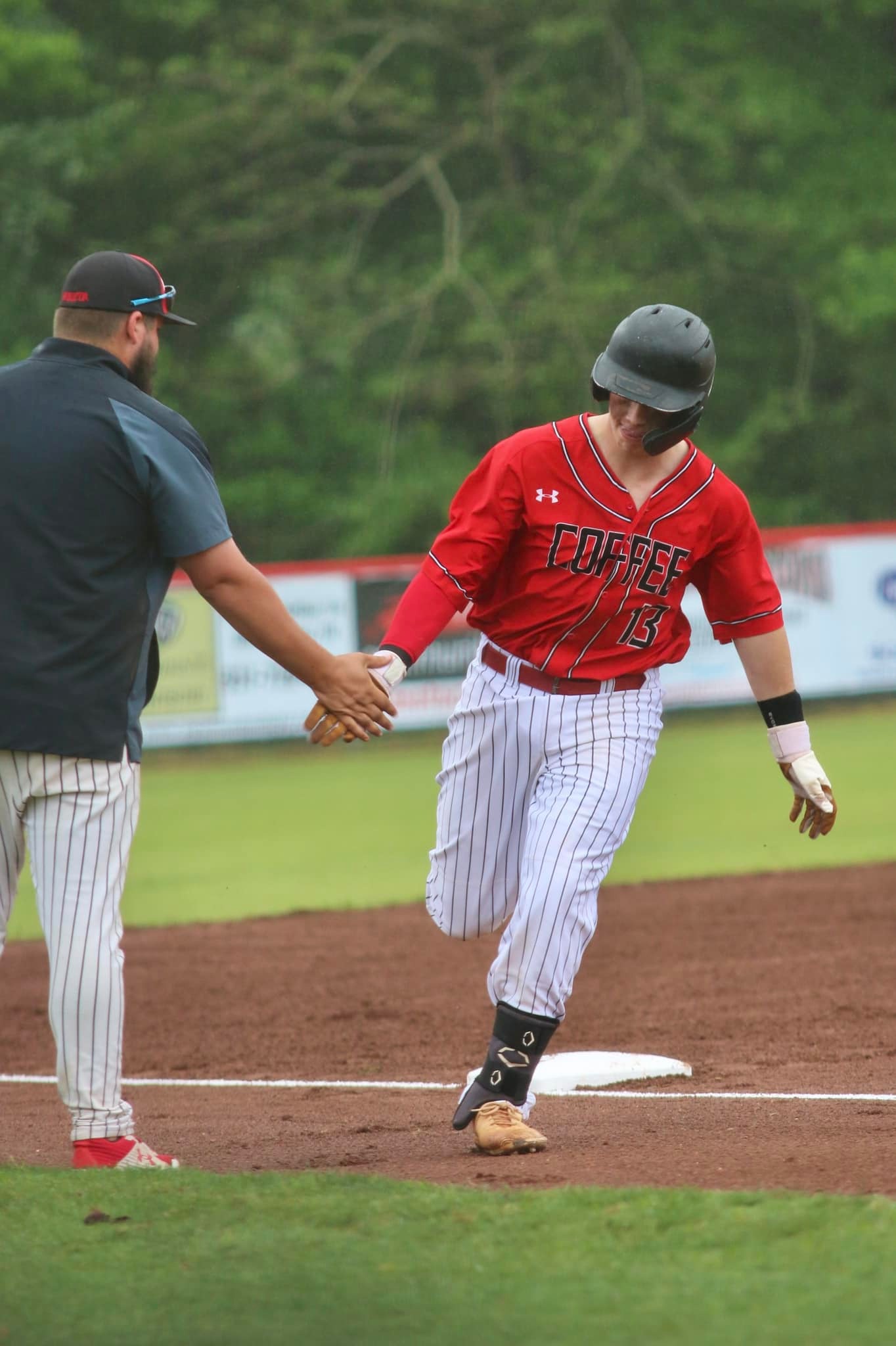 Coffee County took the lead in the first inning and never looked back Saturday. Behind a strong outing on the mound from Aidan Robertson and a two-run home run from Caleb Moran, the Raiders dropped Warren County 5-3 in the first round of the District 6 -4A tournament at Powers Field in Manchester.

The Pioneers mounded a two-out rally in the top of the seventh inning to make things interesting. Warren County loaded the bases and got a bases-clearing double from Easton Denning to cut the Raider lead to 5-3. But Brady Nugent entered and put out the fire, enticing Will Vance to ground out and end the game.

Nugent got the save for Robertson, who went the first 6 and 2/3 but couldn’t close out the game. Robertson was cruising until two outs in the seventh. He earned the win – allowing 3 runs on 5 hits. He did walk 5 and hit a pair of Pioneer batters and struck out 5.

The Raider defense played remarkably well behind Robertson considering the muddy and rainy conditions – with the only error on a catcher’s interference.

At the plate, Coffee County took the lead in the first inning on a two-run home run from Caleb Moran to right field. The Raiders added 3 more in the third – a 2 RBI single from Robertson and an RBI single from older.

The second game of the tournament: Shelbyville and Franklin County, was postponed due to weather and will now be played at 4:30 Monday. The loser of that game will play Warren County at 7 p.m. Monday night. Meanwhile, the Raiders will play the winner of that game at 4:30 p.m. on Tuesday. All district tournament games at Powers Field in Manchester.