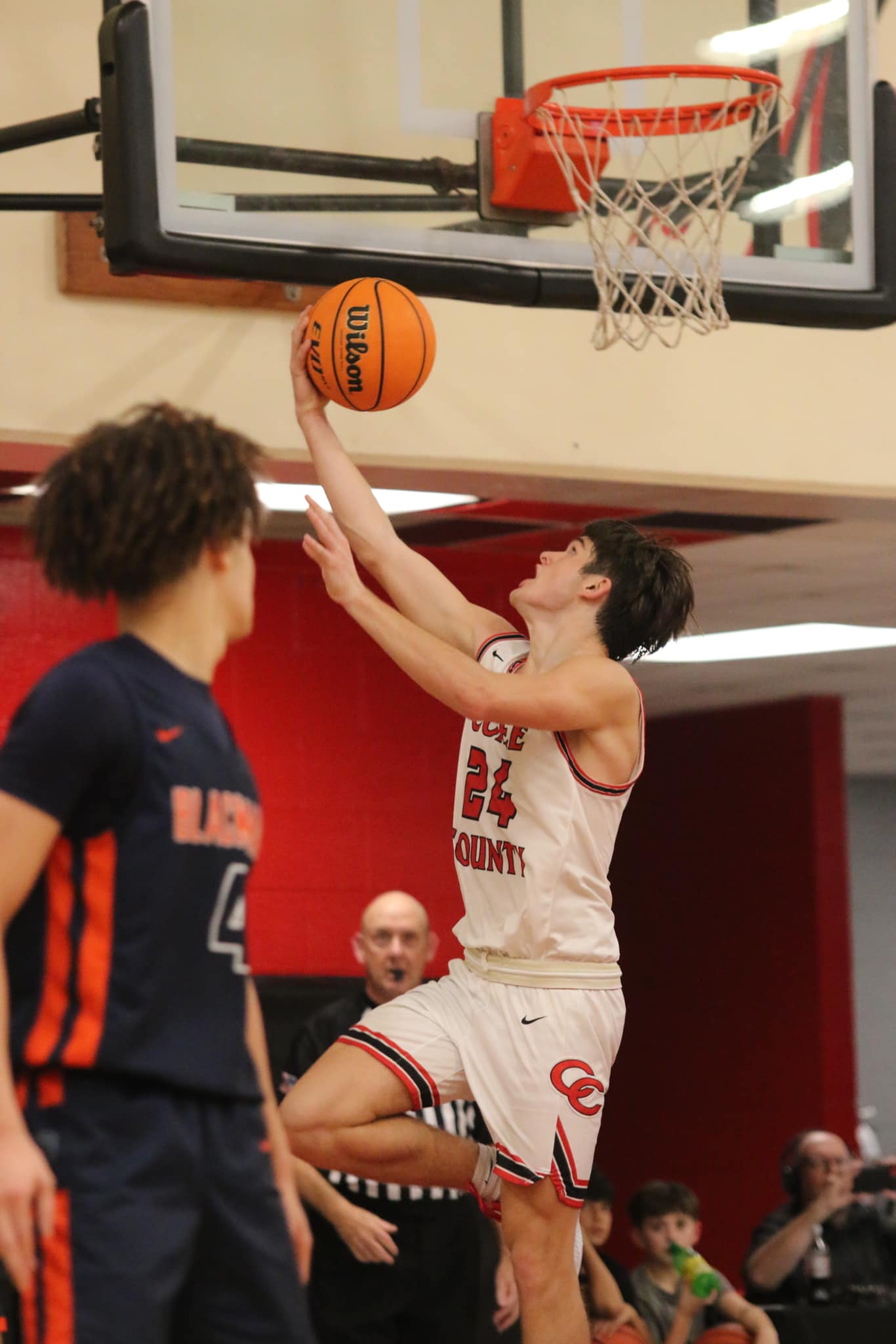 No overtime was needed this time.

After losing to Blackman Nov. 28 in Murfreesboro, the Coffee County Red Raiders made shots late and beat the Blaze 30-29 Friday night at Joe Frank Patch Memorial Gymnasium – a game you heard live on Thunder Radio.

Down 25-19 to start the fourth quarter, the Raiders started a furious comeback. Cooper Reed started the quarter with back to back buckets and then a Jackson Shemwell basket with 2:41 to lay got the Raiders to within 28-25.

Senior post Jahlin Osbourne eventually put the Raiders in front 29-28 with 40 seconds to play on a nice move in the most.

Blackman’s Isaiah Divens drew a foul with 28 seconds on the clock and tied the game at 29-29 on a free throw.

But Red Raider Jackson Shemwell drew a foul with 8 seconds left and got to the line. Shemwell hit one shot to send the Raiders in front 30-29 and that score held.

The win marks four in a row for the Raiders and splits the season series with the Blaze.

Reed led the Raiders with 13 points. He was named Thunder Radio Stone Fort Mortgage Player of the Game. Deion Subaran had 6 points before leaving with a back injury in a night that didn’t feature much offense.

THIS GAME WAS BROADCAST LIVE ON THUNDER RADIO. CLICK HERE TO LISTEN TO THE REPLAY