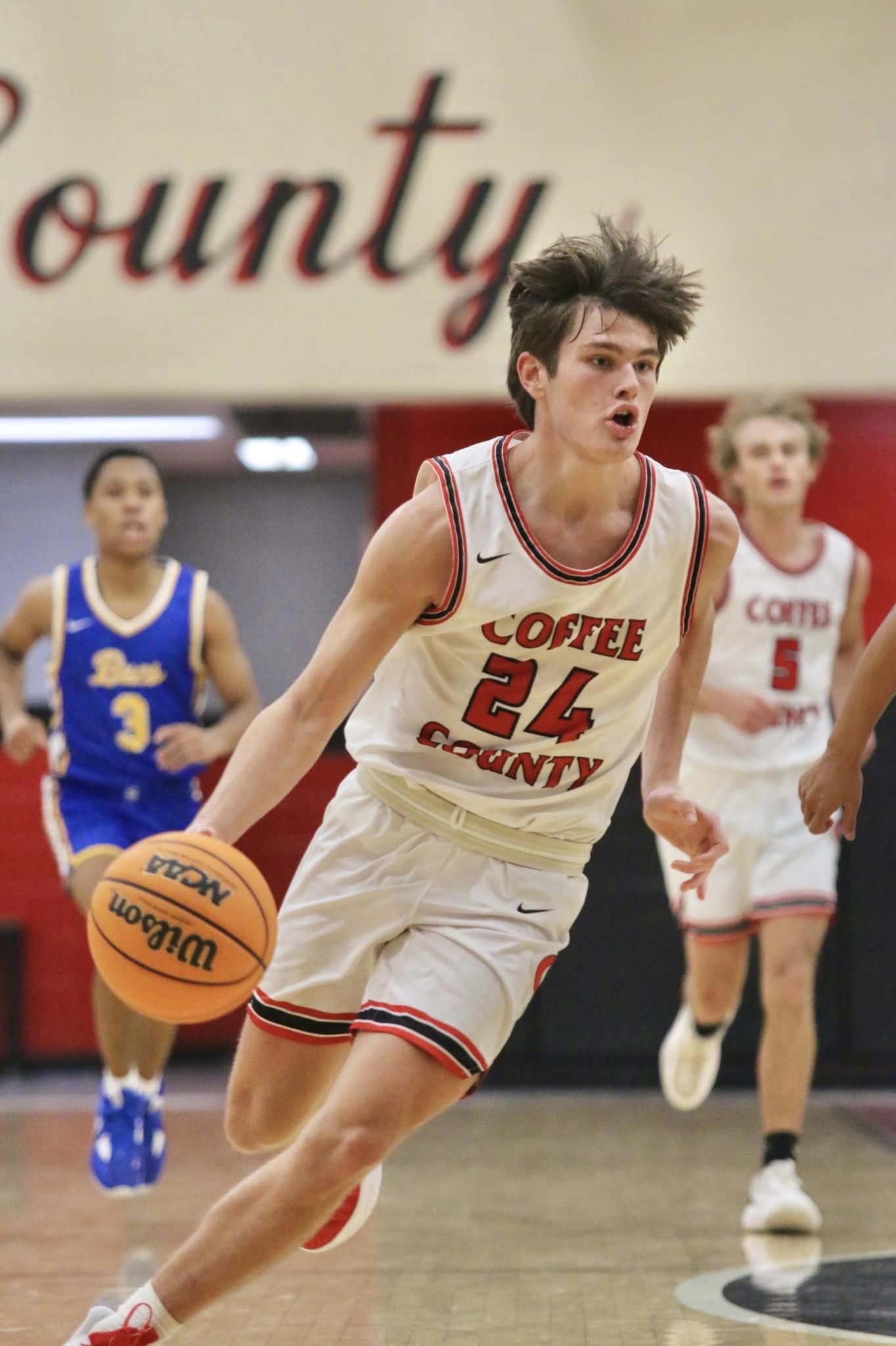 Cooper Reed pictured in a game against Boyd Buchanan Nov. 17, 2022. moves the ball up the floor for the Raiders Thursday, Nov. 17, 2022. -- Photo by Holly Peterson, Thunder Radio | Thunder The Magazine

Two of the 8 teams that reached last year’s TSSAA State Basketball Tournament in 4A were in Manchester Friday night.

The Coffee County Red Raiders held a 6 point lead over Bearden in the final minutes, but the Bulldogs hit two big 3-pointers, including a desperation banked-in long shot at the buzzer to tie the game and eventually won in overtime 61-51.

The Raiders had opportunities to close out the Bulldogs but struggled at the free-throw line, turning in a 4-of-11 performance at the stripe, including a front-end miss in the bonus. Bearden went 13-of-16. Bearden closed overtime with a 12-0 run.