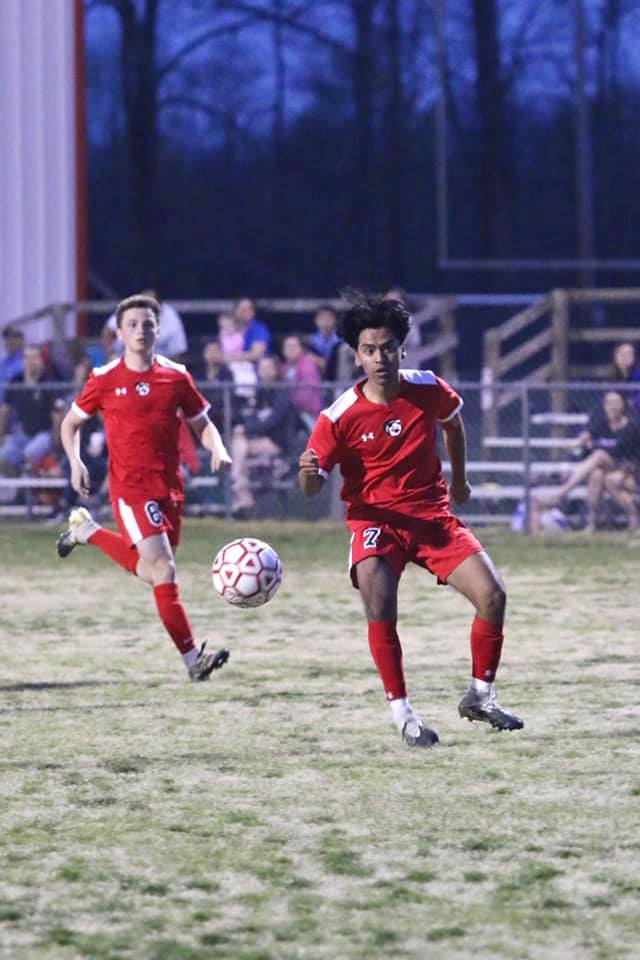 Each time Coffee County got a goal, Lincoln County was able to answer.

Despite taking a 1-0 lead in the first half and a 2-1 lead in the second half, Coffee County couldn’t hold the lead and ended up in a 2-2 tie with Lincoln County Wednesday night in Manchester, a game you heard live on Thunder Radio.

Coffee County took a 1-0 lead 21 minutes into the first half when Emilio Contreras fired a shot that ricocheted off the cross bar and dropped behind Lincoln County keeper Angel Lopez.

The Raider lead was short lived. Ten minutes later, Falcon Sammy Gantes cleaned up a corner kick around the net and snuck one past Raider keeper Bodey Todd to tie the game at 1-1, which held until haltime.

The Raiders quickly retook the lead just a minute into the second half. Todd punted from his goal keeper position and the ball bounced over the Falcon back line, setting up Red Raider John Martinez, who didn’t miss in a 1-on-1 opportunity, putting the Raiders up 2-1.

But the Falcons tied the game 18 minutes later when Shane Morris took advantage when Bodey Todd left the goal to try and collect a loose ball.