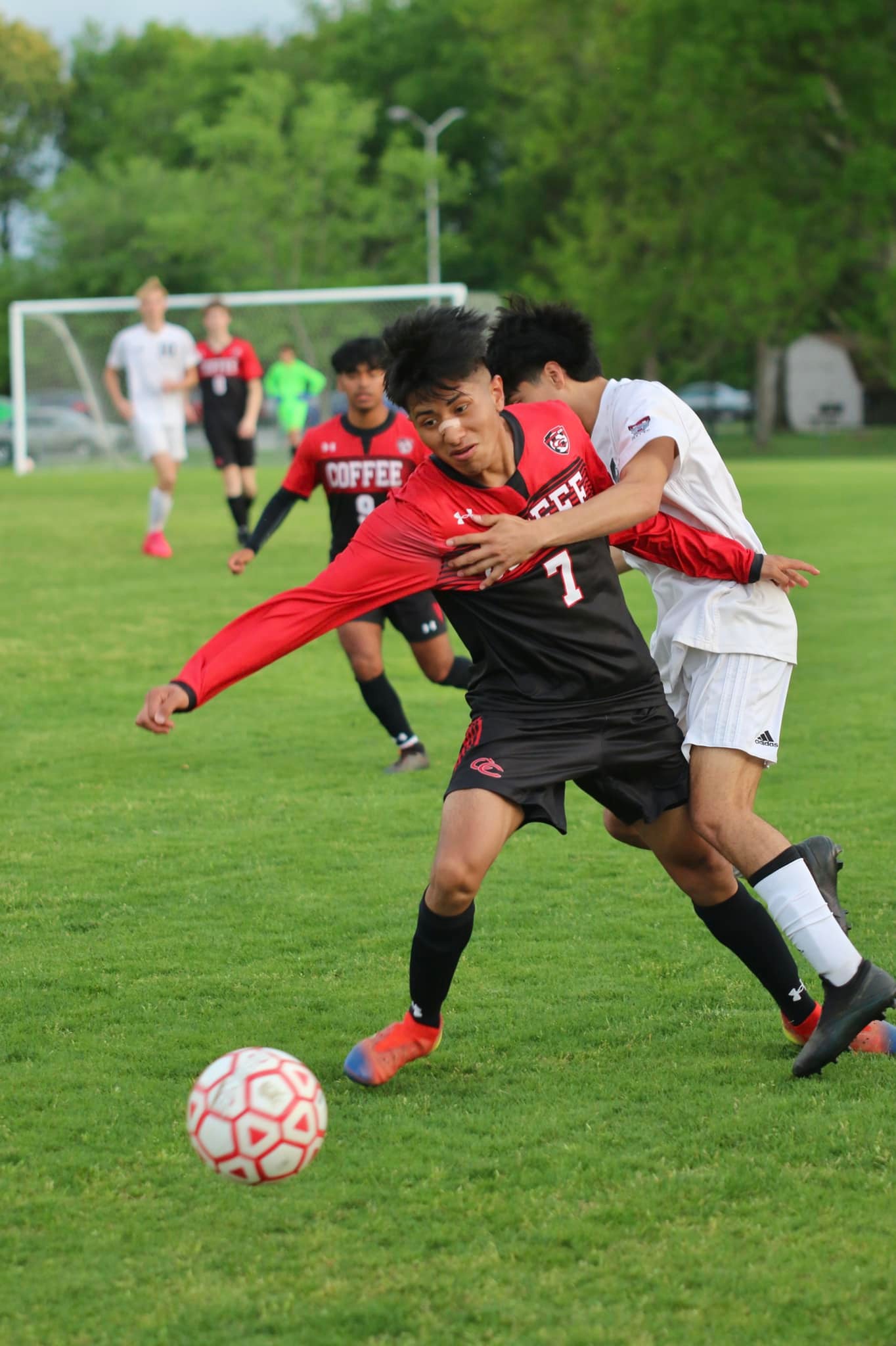 Tullahoma scored within the games first 19 seconds in the battle for the annual Coffee Cup Tuesday night (May 3).

But the Raiders shut them down after that. Coffee County tied the game and went on to win in a shootout over the Wildcats in Manchester to claim the soccer Coffee Cup for the 8th time in the past 9 years.

Down 1-0, Mike Arrunada tied the game for the Raiders to force a penalty kick shootout.

Izick Sierra nailed a kick to keep the Raiders alive, Tullahoma missed and that setup the winning goal for senior Josue Salinas. John Martinez and Manny Gonzales made the other two goals for the Raiders.