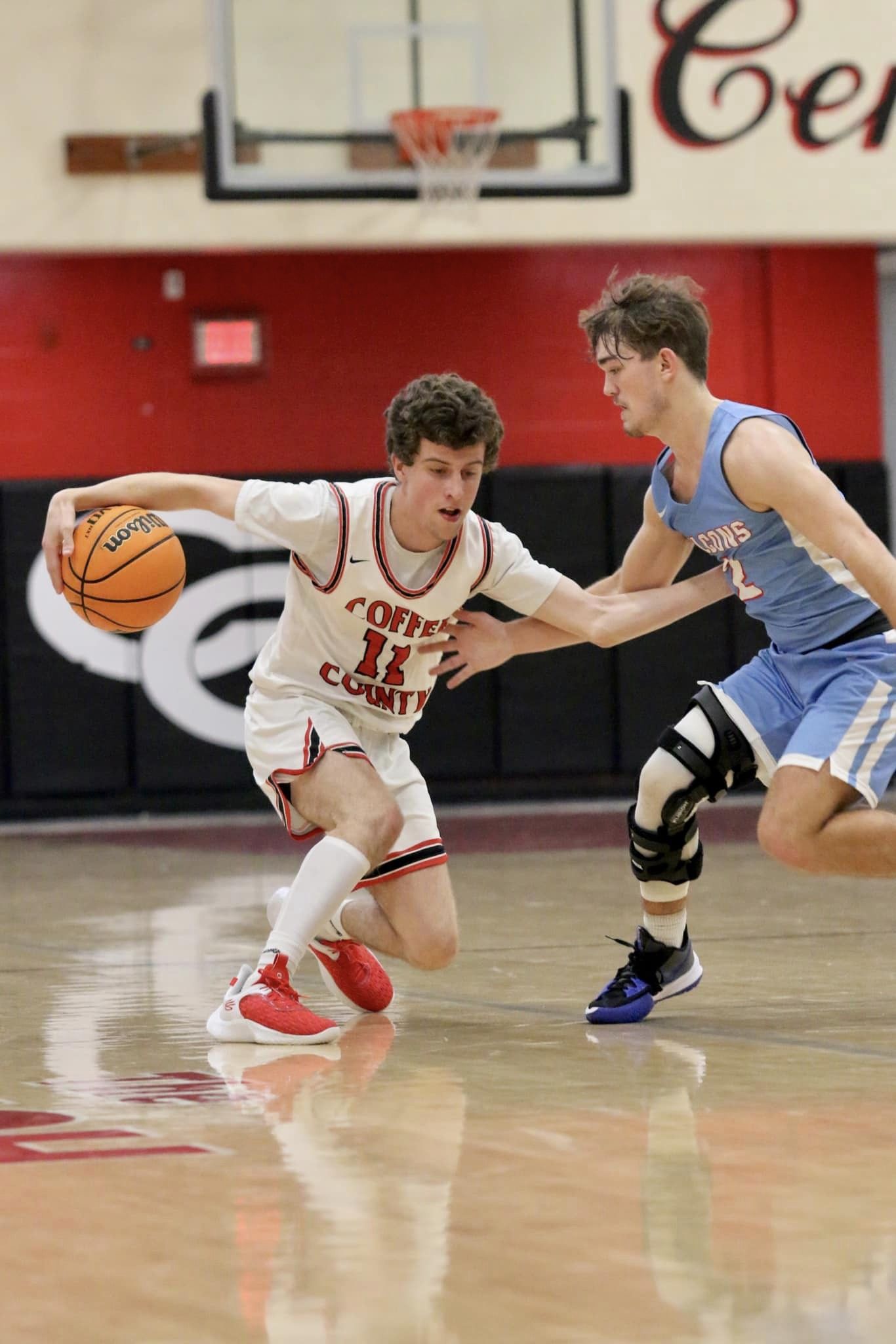 It wasn’t pretty. But it was a win.

Coffee County’s boys took the lead on the first play of the second half on a bucket from Jackson Shemwell and never trailed again, going on to beat Lincoln County 39-35 Monday night in Manchester.

The Raiders extended their lead to 37-29 and held on late. The Falcons got two technical free throws from Maddux Franklin to cut the Raider lead to 39-35 with 9.2 seconds to play and the Falcons had the ball. But the Raiders were able to hold on.

The Raiders turned the ball over 21 times and went 15-of-27 at the free throw line.

Meanwhile, the Falcons were led by Franklin with 14 points off the bench, including a 4-of-6 performance behind the three point line. Lincoln County struggled greatly at the line, going 5-of-13 and turned the ball over 14 times.