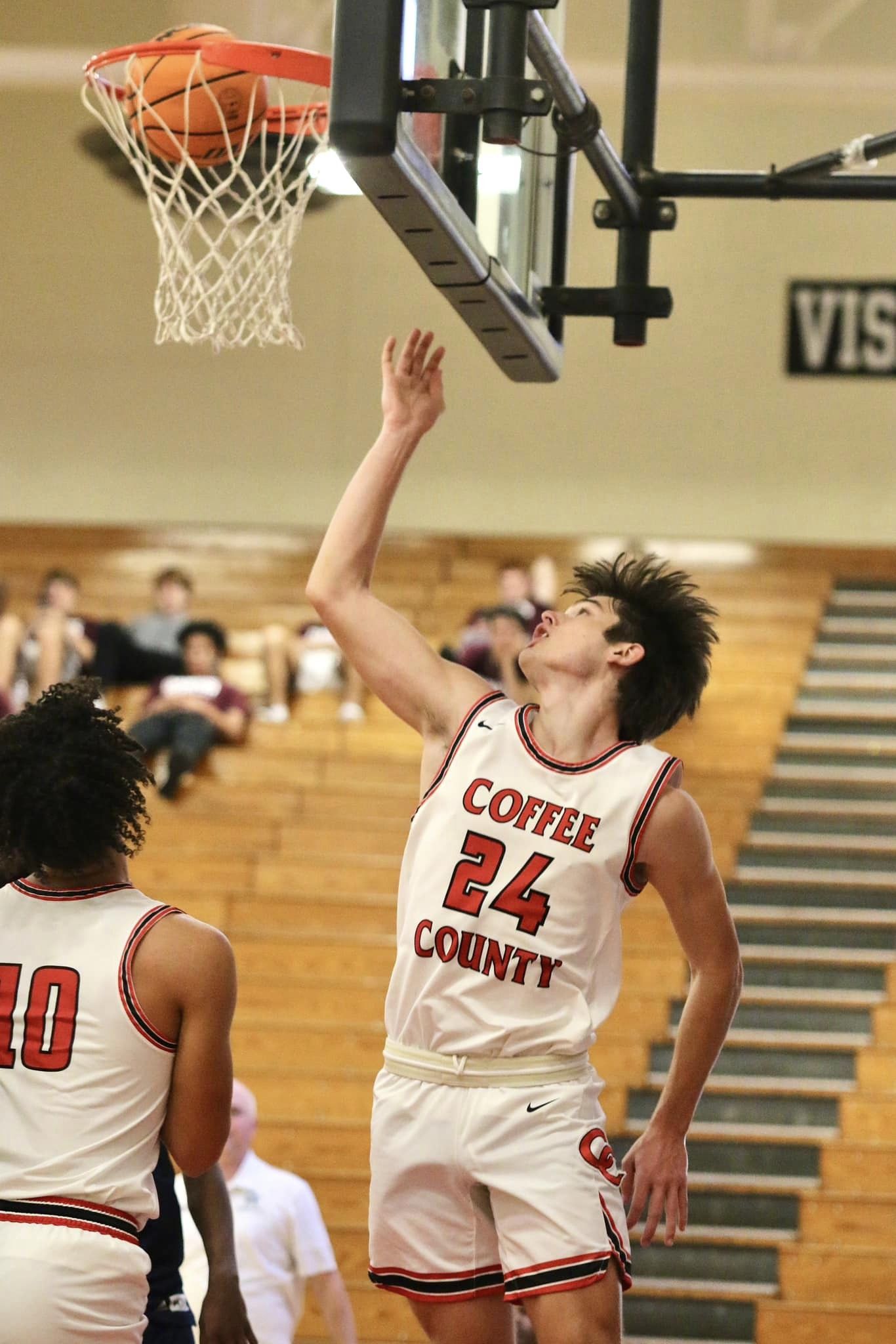 Coffee County’s Red Raiders led Siegel by 15 at halftime and took a 17-point lead early in the third quarter.

But that all disappeared as the Stars stormed back and actually led late, but the Raiders made big plays when they needed them and escaped with a 54-53 win in the Dusty Elam Thanksgiving Classic Saturday afternoon (Nov. 26, 2022) – a game you heard live on Thunder Radio.

Siegel went in front 53-52 on a steal and a bucket by Carter Webb on a Raider inbound play.

But Siegel missed the front end of a one-and-one, the Raiders bot the ball ahead to Cooper Reed who went to the basket, dropped in a layup and put the Raiders in front 54-53. Siegel had one final opportunity, but good defense by Jayden Carter forced a turnover and the Raiders held on late for the win.

Coffee County certainly didn’t make it easy. The Raiders built a huge lead at halftime after outscoring the Stars 21-3 in the second quarter. But Siegel got some big shots from Chase Bandy, who finished with 19, and Carter Webb to close the gap.

The Raiders helped by turning the ball over 14 times – 9 in the second half. CHS was 6-of-10 at the free throw line.

Coffee County wasn’t able to slow down the Marshall County offense much. Good news for the Raiders, they brought plenty of their own offense.

Senior Dayne Crosslin scored 17 points – all in the second half – and Cooper Reed knocked down 15 points as the Raiders outpaced Marshall County 76-67 Saturday afternoon to close out the inaugural Dusty Elam Thanksgiving Classic.

The Raiders turned in a much better performance at the free throw line than the first two games of the classic. CHS went 16-of-19 at the stripe in the win.