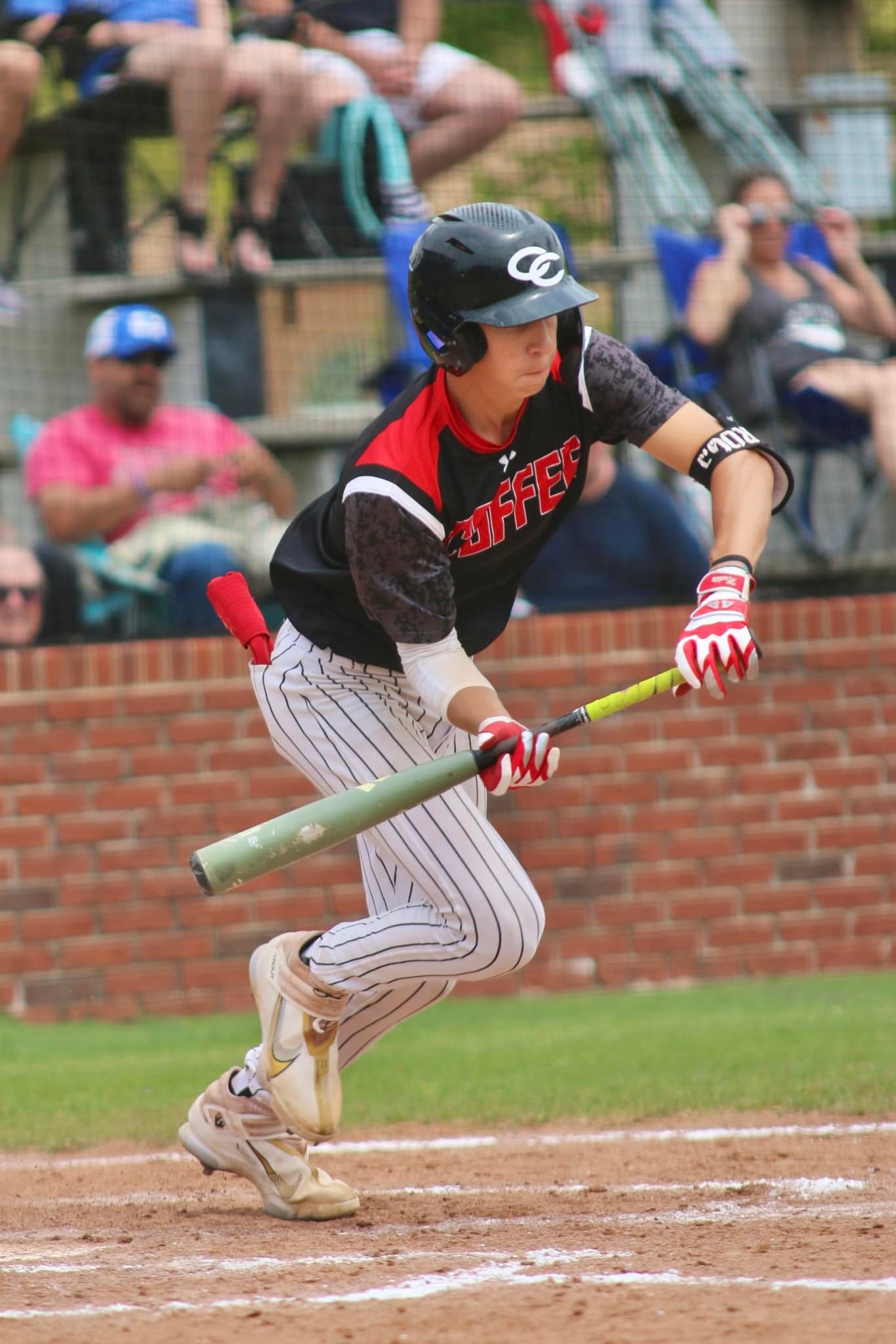 Coffee County Central baseball team extended a season long win streak to 4 in a row with a pair of non-district wins: dropping Riverdale 8-6 Friday and Rockvale 7-6 Saturday in Manchester.

Seven early runs were enough for the Raiders to hold on and beat the Warriors of Riverdale Friday in Manchester.

Timmy Henderson earned the win on the mound. He went six innings, scattering 10 hits while striking out 5 and walking 2. He allowed 4 runs (3 earned). Cole Pippenger got the save – allowing a pair of runs on a hit and 2 strikeouts in the seventh, closing the door on a Warrior rally.

Jacob Sherrill did the majority of the damage at the plate for the Raiders. The senior knocked in 4 runs on a pair of hits, including a double.

Coffee County clawed back from down 4-0 and 6-3 to eventually tie the game at 6-6 in the bottom of the 6th inning before winning in the 8th.

A groundball hit by Jacob Holder kicked off the glove of Rockvale’s shortstop and into centerfield. That allowed Caleb Moran (who singled and then stole second base) to motor around to home and give the Raiders the win.

After falling behind 4-0, Coffee County settled in and slowly got back into the game. Sherrill settled things on the mound – he worked the middle 4 and 2/3 innings, allowing 2 runs on 7 hits while striking out 3. Fellers pitched the final 2 1/3 and did not allow a run.

At the plate, Aiden Robertson was 4-for-4 on four infield singles, including 3 bunt singles. He was able to get across the plate once. Moran scored twice on a pair of hits and had an RBI. Moran and Pippenger each doubled in the game for the Raiders.