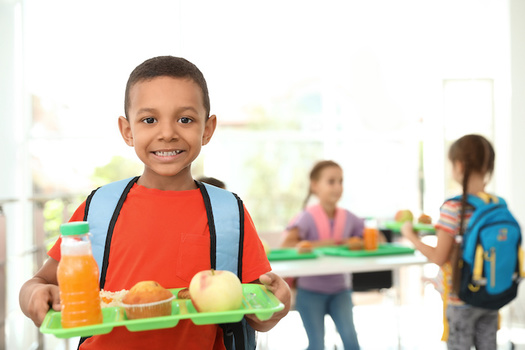 The U.S. Department of Agriculture has announced a proposed rule change that would allow schools to serve fewer fruits and grains, and a smaller variety of vegetables.

The change would roll back school nutrition standards put into place in 2012.

Signe Anderson, director of nutrition advocacy at the Tennessee Justice Center, says the proposed changes especially will impact the state’s low-income children, who get more than half of their daily calories from school meals.

The Trump administration points to plate waste, or how much food ends up in school cafeterias’ garbage cans as a reason for rolling back the 2012 nutrition standards.

The public comment period on the rule is open until March 23.

“But, based on USDA’s own study, they didn’t find that there was a significant increase in plate waste,” she points out. “It either stayed the same or, in some instances, actually decreased.”

Anderson says more and more children are struggling with diabetes and other health conditions linked to diet.

“One in three children in Tennessee are overweight, one in five is obese, and rolling back nutrition standards does not help to address this issue,” she states.

According to the Centers for Disease Control and Prevention, both Type 1 and Type 2 diabetes are on the rise among children and adolescents, and of the estimated 23 million people with diagnosed diabetes in 2015, nearly 200,000 were younger than 20