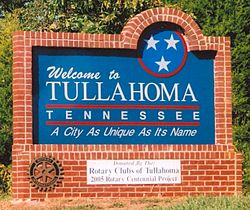 The City of Tullahoma Board of Mayor and Alderman voted in July 2020 to send
a resolution to the Tennessee General Assembly requesting amendment of the
city charter to alter the City’s municipal election cycle. City officials
want to consolidate the city municipal elections with the county general
elections to save between $25,000 -$30,000 for each city-only election and
to significantly increase voter turnout.

State Senator Janice Bowling (R-Tullahoma) and State Representative Rush
Bricken (R-Tullahoma) officially filed the legislation this month. Once
passed by the General Assembly, the Board of Mayor and Aldermen must approve
the amendment by a two-thirds vote before it becomes law.

Currently, preparations are being made for a city election to be held in
August, and two Alderman seats are anticipated to be on the ballot.
Depending upon the outcome and timing of the General Assembly’s approval of
the charter amendment, the city election may be changed to reflect that
those Alderman seats that would have been up for election in August 2021 or
August 2023 would be extended by one year to be elected during the county
general elections in August 2022 and 2024.