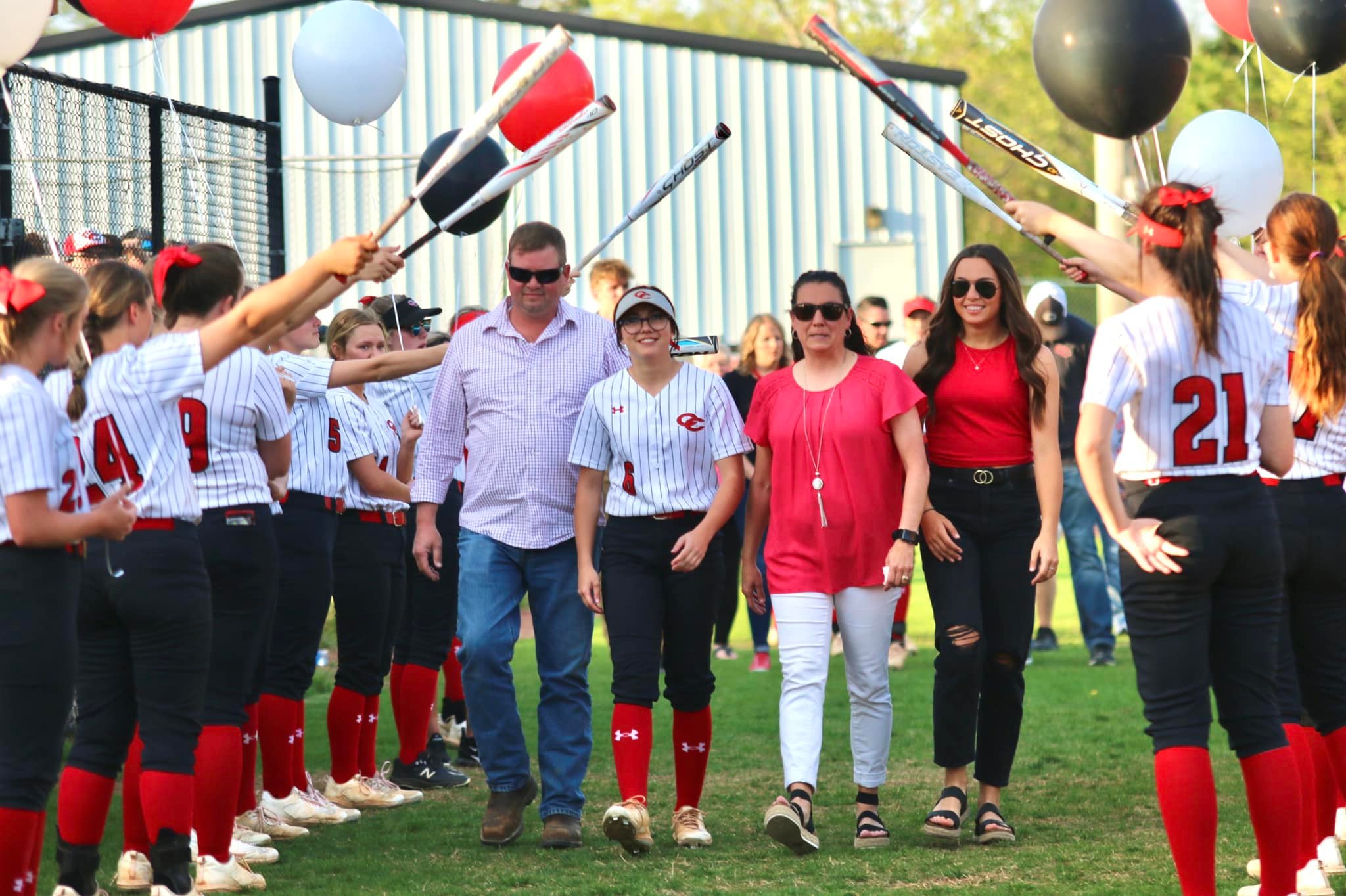 Coffee County dispatched of Franklin County 11-2 Thursday night in Manchester – pounding out 15 hits in a big District 6-4A win on senior night.

And several seniors did big work in the win. Kiya Ferrell knocked in 3 runs and had a pair of hits. Senior Olivia Evans knocked in a pair and on two hits, including a triple.

Kaitlyn Davis earned the win in the circle – allowing a pair of runs on six hits. She struck out 6.

The Raiders outhit the Eagles 6-5 but got help via 4 Shelbyville errors.

Aiden Robertson earned the win on the hill for CHS – striking out 10 batters over 7 innints while scattering 5 hits.

Cole Pippenger knocked in a run and scored twice on two hits.

The Raiders will host Riverdale at 6 p.m. Friday. It is youth night – all youth players who wear a jersey can join the team on the field for the National Anthem and run the bases after the game.

Westwood led Huntland 13-6 going into the seventh and final inning of the DRVC tournament Thursday in Manchester. But the Hornets scored 9 runs in the top of the seventh and held off a Rocket rally in the bottom half of the inning to win 15-14.

Westwood loaded the bases in the bottom of the seventh with one out and pushed one run across, but couldn’t tie the game back up.

Matt Moore and Ayden VanWinkle led the offensive effort for Westwood with 5 and 4 RBI, respectively. Each doubled and Moore added a home run. Kaysen Lowery tripled for the Rockets .

The Rockets beat Liberty 6-1 Thursday in Manchester and will now host Cascade Friday in the DRVC Championship match.