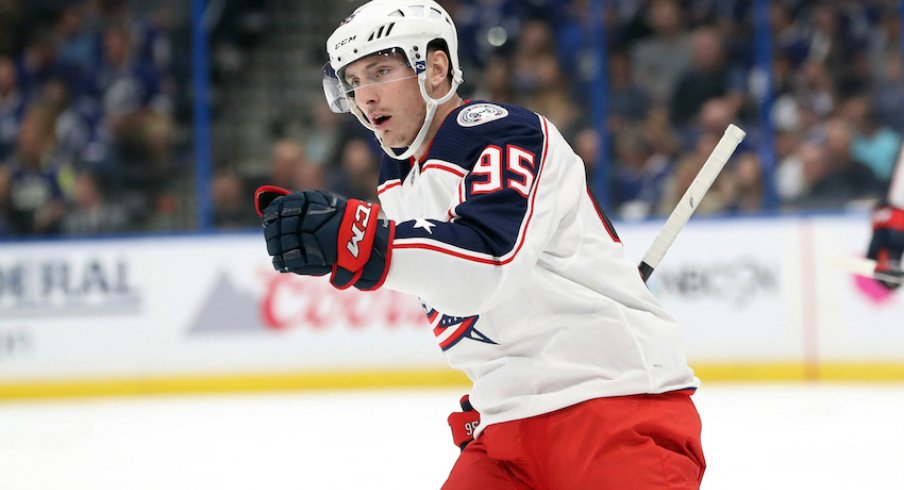 Nashville Predators President of Hockey Operations/GM David Poile announced Monday that the team has signed forward Matt Duchene to a seven-year, $56 million contract through the 2025-26 season.

“Our objective this offseason was to bolster our offense, and signing Matt Duchene gives us another dynamic goal-scoring, playmaking center,” Poile said. “We are excited to add his skill and experience to our top-six forwards and look forward to the next seven years of Matt and his family in Smashville. Matt’s love of country music and passion for the city of Nashville make this partnership a perfect fit.”

Duchene, 28 (1/16/91), matched his career high in points last season with 70 (31g-39a) in 73 games spent with the Ottawa Senators and Columbus Blue Jackets. His 31 goals were a career best; his 39 assists were also his third-most in a single season. Duchene, who began the season in Ottawa, tallied 58 (27g-31a) of his 70 points in a Senators uniform before being acquired by Columbus at the trade deadline. He closed out the 2018-19 campaign by posting 12 points (4g-8a) in 23 contests with the Blue Jackets and helped lead them to a First-Round sweep of the Presidents’ Trophy-winning Tampa Bay Lightning, tallying five goals and 10 points in 10 playoff games.

Originally drafted in the first round (third overall) of the 2009 NHL Draft by the Avalanche, Duchene’s 547 career points (232g-315a) are the second-most among all skaters in his draft class. He is a two-time All-Star, the most recent nod coming at the 2016 NHL All-Star Game in Nashville, and has led his team in scoring in four of his 10 NHL campaigns. The 5-foot-11, 195-pound center has posted seven career seasons with at least 50 points and 20 goals and is a two-time 30-goal scorer. One of the premier face-off men in the NHL, he holds a career mark of 53.1 percent, which is the 12th-highest among players who have taken at least 10,000 faceoffs since he entered the League in 2009-10. His 62.6 face-off win percentage in 2017-18 led the NHL and is tied for the 10th-highest mark in League history. Duchene was a finalist for the Calder Trophy in 2010 after he led all rookies in points (55) and tied for the rookie lead in goals (24). Additionally, he served as an alternate captain for the Avalanche in 2016-17 and the Senators in each of the last two seasons.

Internationally, the Haliburton, Ont., native has won Gold with Canada at several events, including the 2014 Winter Olympics, 2015 and 2016 World Championships, 2016 World Cup of Hockey, and 2008 U-18 World Championship. Prior to turning pro, Duchene starred for the OHL’s Brampton Battalion, recording 129 points (61g-68a) in 121 career junior contests. He led the Battalion to the OHL’s Robertson Cup Final in 2009 before falling to Ryan Ellis and the Windsor Spitfires in five games.