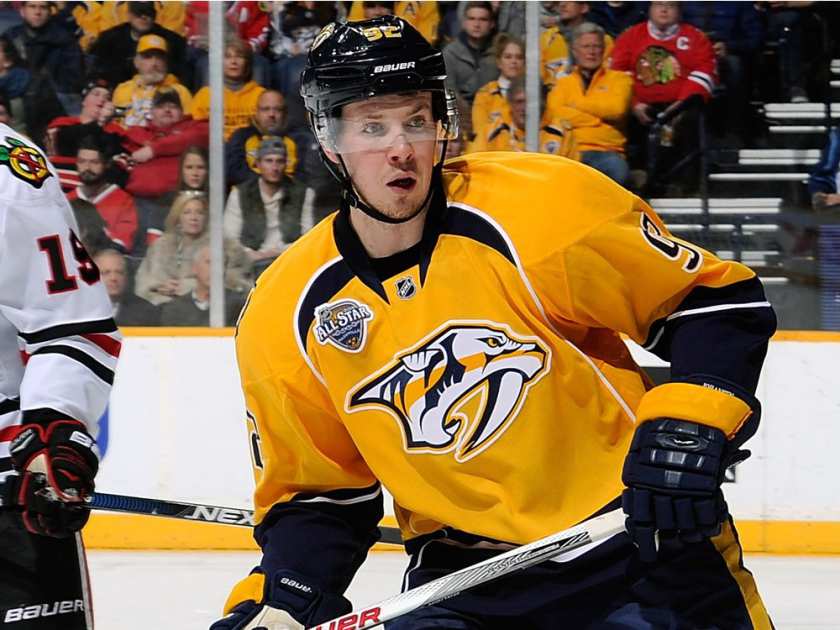 Ryan Johansen scored his second goal in as many games, but Victor Olofsson put the Sabres ahead for good in the third period, as Buffalo defeated Nashville, 4-3, on Thursday night. The result sees Nashville’s two-game winning streak come to an end, as they fell in Buffalo for the first time in their last nine trips to Western New York.

The contest was a back-and-forth affair at KeyBank Center. The Predators had their chances with 39 shots on goal, but they were unable to solve Linus Ullmark when they needed it the most late in the game.

“We had our chances, they had theirs, but we’re a team that prides ourselves on defense, and tonight it wasn’t good enough from our side,” Preds Associate Captain Ryan Ellis said. “And give them credit, they produced and scored on their chances.”

Matt Duchene didn’t even need a whole minute to put the Preds up 1-0, as he deked around Sabres goaltender Linus Ullmark and tucked the puck into the cage at 57 seconds of the first. Jimmy Vesey tied the game for Buffalo later in the opening period, but less than a minute after that – and with just one hand on his stick – Colton Sissons redirected a Ryan Ellis point shot into the twine to give the visitors a 2-1 lead after 20 minutes.

The Sabres took their first lead of the night in the second stanza when Jack Eichel beat Juuse Saros on two different occasions. But before the period was out, Johansen tallied his sixth of the season as he converted on a chance in front to even the score at 3-3 through two periods.

Only one goal came in the third, and it was off the stick of Olofsson to give the Preds just their second regulation loss in their last nine outings.

“We worked, we were competitive, but I think we can just be smarter with the puck,” Sissons said. “We get in trouble when we’re trying to be at bit too creative, and we can’t be when we have our chances. But at certain times, we have to be a little bit wiser with the puck.”

From here, Nashville returns home to host divisional rival Dallas on Saturday night (at 5:30 p.m. CT) for the first time since the two met last spring in the postseason. Plus, it’s the precursor to the NHL Winter Classic on New Year’s Day, and the Predators will be eager to make a statement against the Stars.

“We’ve been doing some good things lately,” Johansen said. “We’ve definitely been taking strides to be a consistent winning team, so taking a step back tonight is frustrating, but no need to get discouraged. We have another game Saturday, so we’ll be ready for that and take care of business at home before we go on another long road trip.”

Preds defenseman Mattias Ekholm skated in his 500th career game, logging three shots and one hit in 20:56 of time on ice.

Blueliner Yannick Weber re-entered the Nashville lineup in favor of Matt Irwin on Thursday. Yakov Trenin was also scratched for the Predators.

With the quick one-game trip complete, the Preds now head home for one of their own at Bridgestone Arena, as the Dallas Stars come to town on Saturday for a special 5:30 p.m. CT start.