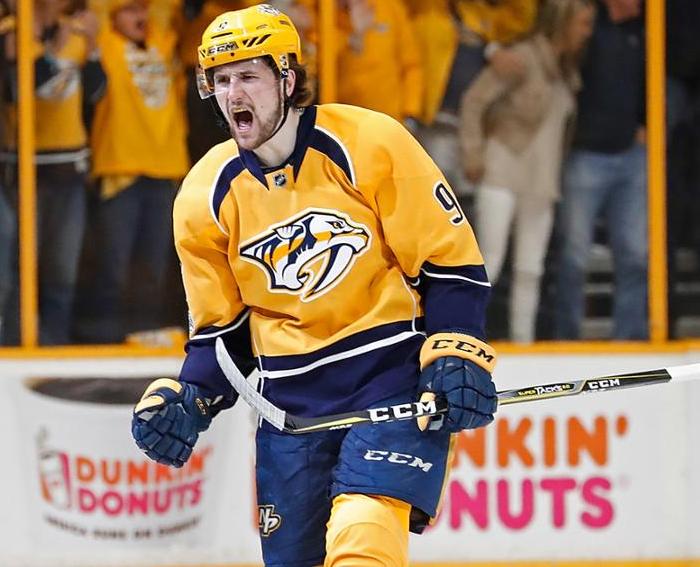 The Nashville Predators moved into a tie for the first wild card into the Stanley Cup Playoffs from the Western Conference with a 4-2 win against the Montreal Canadiens at Bell Centre on Tuesday.

Filip Forsberg had two goals and an assist for Nashville (35-26-8), which scored four goals in the second period and won its third straight game. The Predators are tied with the Winnipeg Jets, one point ahead of the Minnesota Wild.

Juuse Saros made 32 saves after getting consecutive shutouts against the Dallas Stars. His shutout streak ended at 181:06 when Artturi Lehkonen pulled Montreal within 4-1 at 2:45 of the third period.

Ryan Johansen gave Nashville a 1-0 lead at 51 seconds of the second.

Forsberg made it 3-0 on the power play at 8:18. He took a pass from Roman Josi and scored on a wrist shot from the top of the right circle to become the first Nashville player with six 20-goal seasons.

Josi also assisted on Forsberg’s goal at 16:00. The defenseman redirected Ryan Ellis’ pass in the slot to Forsberg, who scored on a low shot from the right side to make it 4-0.