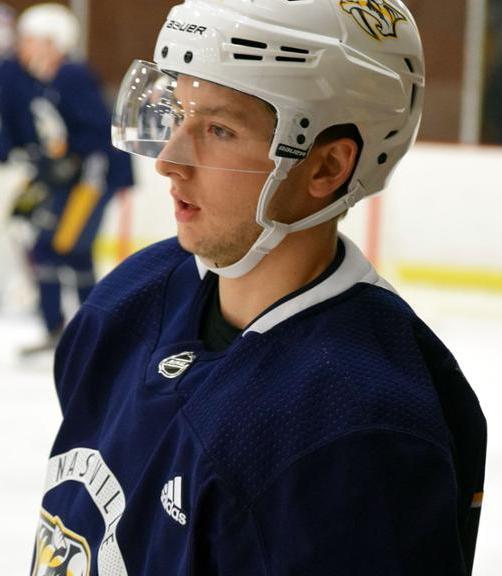 Harper, 21 (7/28/98), is coming off a four-year career at Boston University headlined by a 14-goal, 37-point senior season in 2019-20 that helped him earn Hockey East Third Team All-Star honors. His 37 points matched his career high first established in his freshman campaign, and his 14 goals were a personal collegiate best. The 5-foot-7, 150-pound forward finished the season 15th among all NCAA skaters in points per game (1.16), tied for 18th in points and tied for 25th in assists (23). An alternate captain for the Terriers this season, Harper was second on his team in points – trailing only fellow Predators prospect David Farrance (2017 third-round selection) – third in assists and tied for third in goals. He also recorded a career-best 12 multi-point games this season, six of which came during his career-long eight-game point streak (4g-11a) to open the campaign.

“Patrick is a dynamic player and with his size excels in the way today’s game is played,” Predators Director of Player Development Scott Nichol said. “He’s a fun player to watch – he likes having the puck on his stick, he likes to make plays and wants to score goals every game. He fits in well on the power play and uses his biggest on-ice attribute – his hockey sense – to his advantage.”

Originally drafted by the Predators in the fifth round (138th overall) of the 2016 NHL Draft, Harper amassed 115 points (41g-74a) in 127 games at Boston University and became the 84th player in program history to reach the 100-point mark. Harper was named to the Hockey East All-Rookie Team as a freshman in 2016-17 and won a conference championship with the Terriers as a sophomore in 2017-18. Internationally, the New Canaan, Conn., native represented the United States at the World Junior Championship twice, winning gold in the 2017 tournament and taking home a bronze medal the following year. Prior to enrolling at Boston University, Harper spent the 2015-16 season captaining Avon Old Farms School in Connecticut; he also skated in nine games with the USHL’s Omaha Lancers.