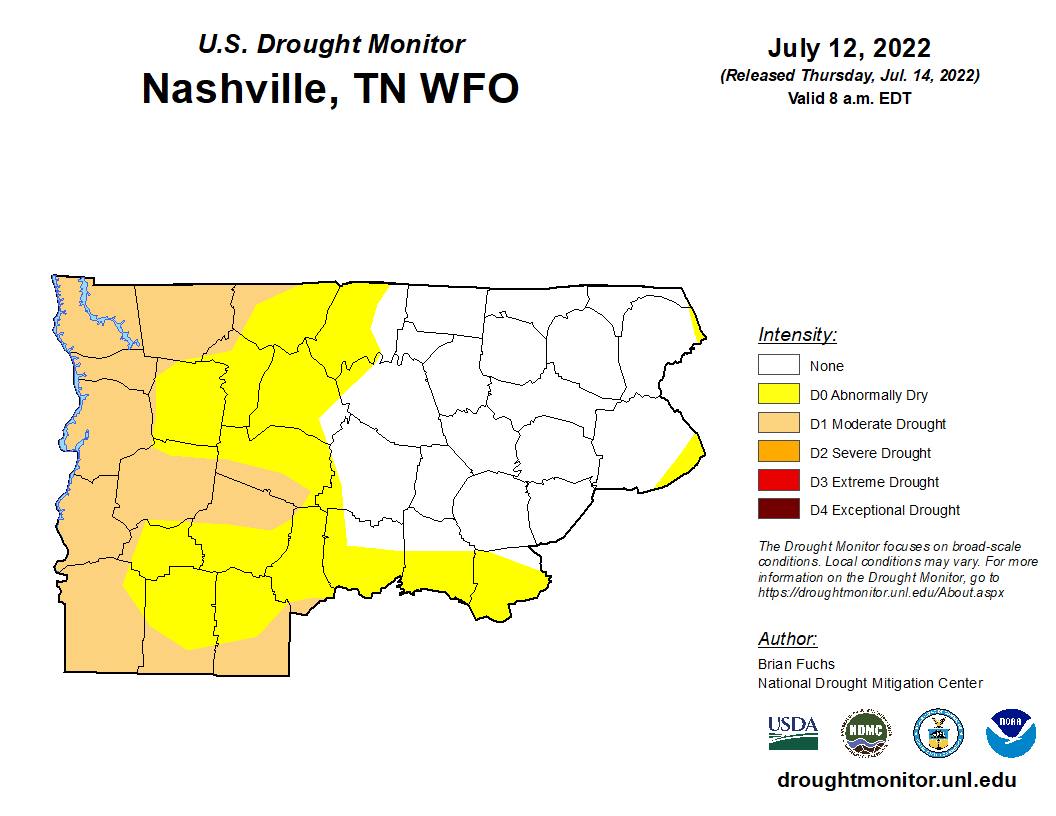 Despite recent rainfall, the United States Drought Monitor still shows many portions of Western Middle Tennessee under a moderate drought.

Most all of Western Tennessee has a is shown to be under a moderate drought.