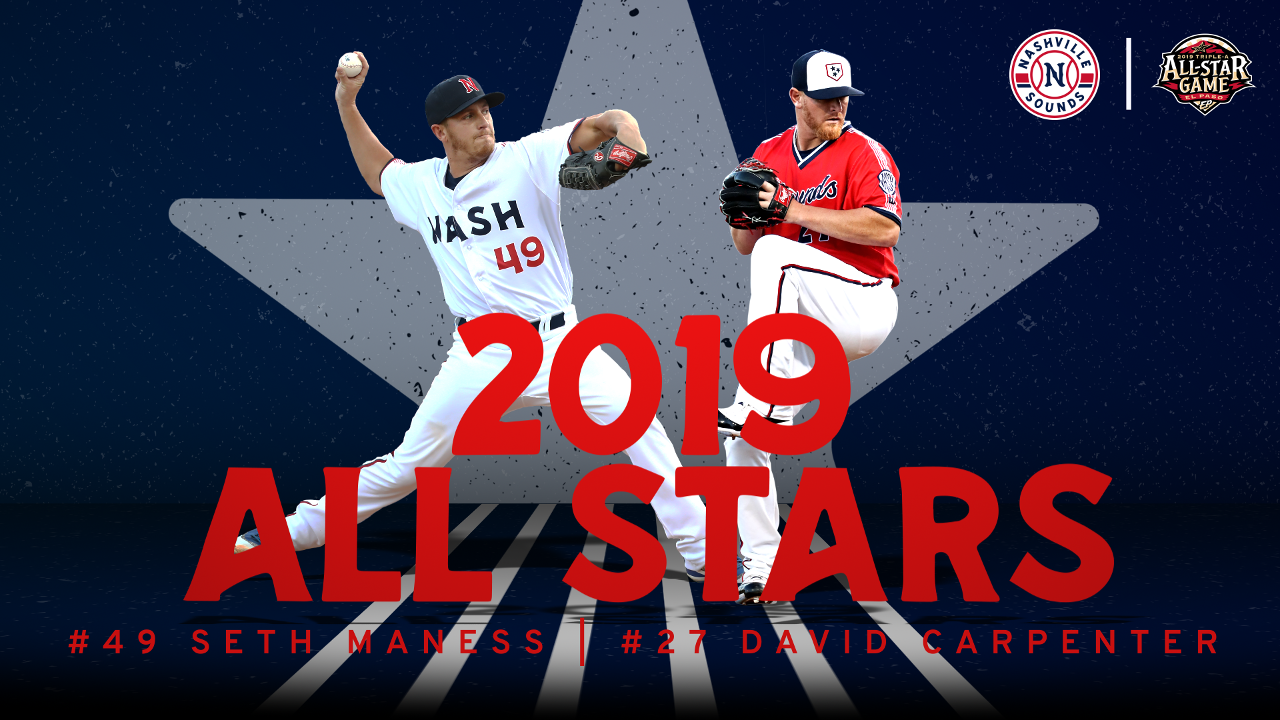 The 2019 Triple-A All-Star Game is scheduled for Wednesday, July 10 at 8:00 p.m. CDT at Southwest University Park in El Paso, Texas. The game will be carried live on 97.5 FM and televised on MLB Network.

Carpenter, 33, is having a standout season as Nashville’s closer. In 20 games, he’s 0-0 with a 2.25 ERA (20.0 IP/5 ER). The West Virginia native has converted all 10 of his save opportunities. He has allowed only 15 hits and has racked up 23 strikeouts while limiting PCL opponents to a .211 batting average. Carpenter’s 10 saves are tied for second-most in the league behind only Jimmie Sherfy of Reno with 11.

Carpenter’s stellar campaign earned him his first trip to the big leagues since the 2015 season. His contract was selected by the Texas Rangers on May 31 and he appeared in one game before returning to the Sounds in early June.

It’s the second career All-Star Game selection for Carpenter who was named a PCL All-Star with Oklahoma City in 2011.