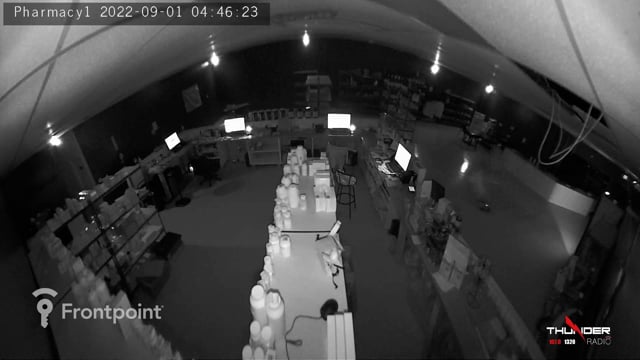 For the second time over the past couple of months, someone has broken into PharmoryRX, located at 1940 N. Jackson St. in Tullahoma, and stolen items.

According to Pharmacy management, a notification was received at 4:46 a.m. Thursday, Sept. 1, 2022 that someone was in the building. Management called 911, but the suspects were able to leave before authorities arrived.

Surveillance video shows someone breaking into the front door with what appears to be a crowbar and shattering the glass. Stolen were antibiotics and a jar of money with about $200 inside.

Video shows the person leaving the business and getting inside what appears to be a White Ford EcoSport that had a driver waiting.

According to PharmoryRX officials, this is the second time this has happened. Back on June 30, 2022, someone broke into the business and took approximately $3,400 worth of controlled substances.

Anyone with information is encouraged to call Tullahoma Police Department at 931-450-0530.