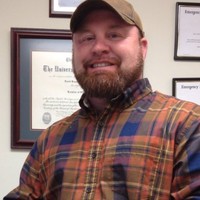 After nearly 25 years as director of the Manchester Water and Sewer Department, Bryan Pennington is moving on.

Pennington announced that his last day with the department will be July 8 of this year. He has accepted a position at Arnold Air Force Base.

“The decision to leave was not an easy one,” Pennington wrote in an email. “There have been many sleepless nights and a lot of prayers, but I feel the best decision for my family and myself will be to begin this exciting new career.”

Pennington’s tenure as Water and Sewer Director is marked as the longest one in the city’s history. He was hired as director in 1997. The position will now be posted to be filled, according to Manchester Mayor Marilyn Howard.

“We will go through MTAS (Municipal Technical Advisory Service) and advertise that position and look for the most qualified person,” explained Howard. “I don’t think Bryan will be easily replaced. He has served us well for many years. I know he really labored over this decision and decided this is what is best for his family. We will certainly miss him.”