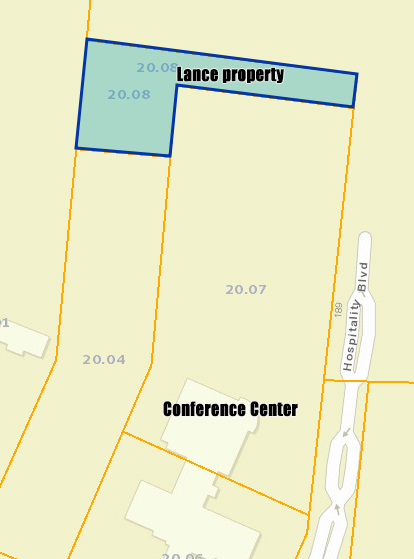 There appears to be an issue with the recently completed outdoor event venue completed by Public Building Authority behind the Manchester-Coffee County Conference Center. The parcel of land where the venue was built is jointly owned by the PBA and a private individual (Wayne Lance), and is not 100% owned by the PBA.

The venue was recently completed and a ribbon cutting with the Manchester Area Chamber of Commerce was held on September 26. However, at a Friday (Oct. 18) PBA board meeting, PBA member Greg Sandlin brought out the apparent fact that the property where the building is placed is on land owned by Wayne Lance and PBA, and PBA did not have written agreement from Lance to make the improvements to the property. Elena Cawley with the Manchester Times reports that Sandlin asked conference center general manager Rebecca French if any documents were obtained prior to building the venue to show that Lance agreed to the project. French reportedly stated that she spoke with Lance about the construction and he approved the project, but there are no supporting documents to confirm that account.

PBA reportedly owns 66% of the land where the building was placed.

According to reports, Coffee County Attorney Robert Huskey has reached out to Lance an is waiting for a response.

The PBA does not plan to hold any events at the newly constructed venue before the matter is resolved. PBA members say they hope to have the matter solved as soon as possible.

4:26 p.m. Oct. 21: This story has been corrected. A previous version stated that a portion of the building was on property owned solely by Lance.