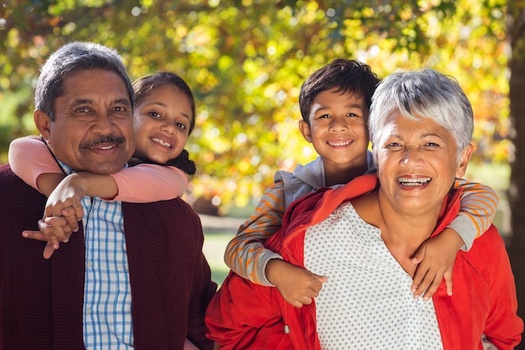 November is National Family Caregivers Month. And across Tennessee, thousands of grandparents are raising young children – a task many didn’t imagine they’d be undertaking at a later stage in life. But high rates of opioid addiction and overdose deaths have left a generation of children without parents.

One such grandfather, Mitch, lives in Knox County. He retired five years ago and is now raising two grandchildren. He said grandparents in his situation need more resources.

“There has to be some assistance with how do you do this,” Mitch said. “There’s a growing body of information on what they call ACEs – Adverse Childhood Experiences. So I think that a grandparent getting a child in circumstances like this needs to have some counseling available to them.”

Earlier this year, state legislators passed a law requiring that courts, at the time of issuing an order of custody or guardianship, inform grandparents or other relative caregivers of resources and funding that may be available through the Tennessee Department of Children’s Services.

Mitch said he’s witnessed firsthand the devastating effects of opioid prescribing and illicit opioid use in his community.

“Currently in Tennessee, it has been documented that there are 77,000 cases of grandparents raising grandchildren – and most of that is opioids,” he said. “So the impacts in this country are just going to grow, and it’s only going to get worse before it gets better.”

He also pointed out that most grandparent caregivers don’t receive any financial assistance.

According to AARP, around 3 million grandparents nationwide are caring for grandchildren full-time.