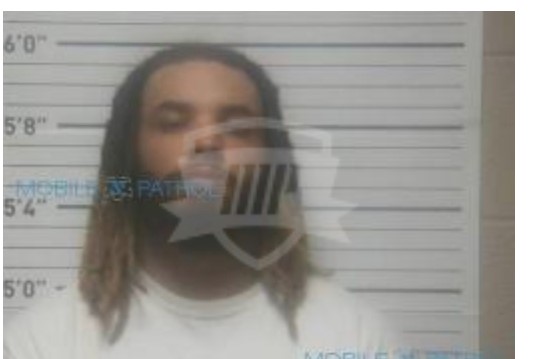 Coffee County Sheriff’s Department officials have made an arrest after a rash of vehicle burglaries that occurred in the early morning hours of Monday, January 16th.

In custody is Jordan Termaine Isabell, age 30, of Manchester.

Isabell faces a litany of charges, including possession of a weapon by a convicted felon, three counts theft of property and six counts of burglary.

On the morning of January 16, CCSD investigators Brandon Gullett, James Sherrill and Cody Koon were notified of several vehicle burglaries in the Riverwood Subdivision area.

Multiple victims had video footage of the suspect. One video showed a clear image of a GMC Terrain or Acadia. Deputies later identified a light blue GMC Terrain sitting in a driveway on Emerald Lake Run which matched the vehicle in the burglary video.

Investigators observed that vehicle leaving that driveway and performed a traffic stop. The vehicle was allegedly being driven by Isabell.

Investigators were told by another passenger of the car that Isabell had handed a gun to someone else inside the car and instructed them to “get rid of it” once they were being pulled over.

A later search of Isabell’s residence led to the discovery of a an iPad that was taken and two pistols, one of which was taken earlier in the day. Also discovered was a credit card belonging to someone else.

According to the sheriff’s department report, while monitoring phone calls Isabell was heard speaking with relatives and admitted to the break ins during the call, saying he did it due to “not having any money.”

Isabell is currently being held in the Coffee County Jail.