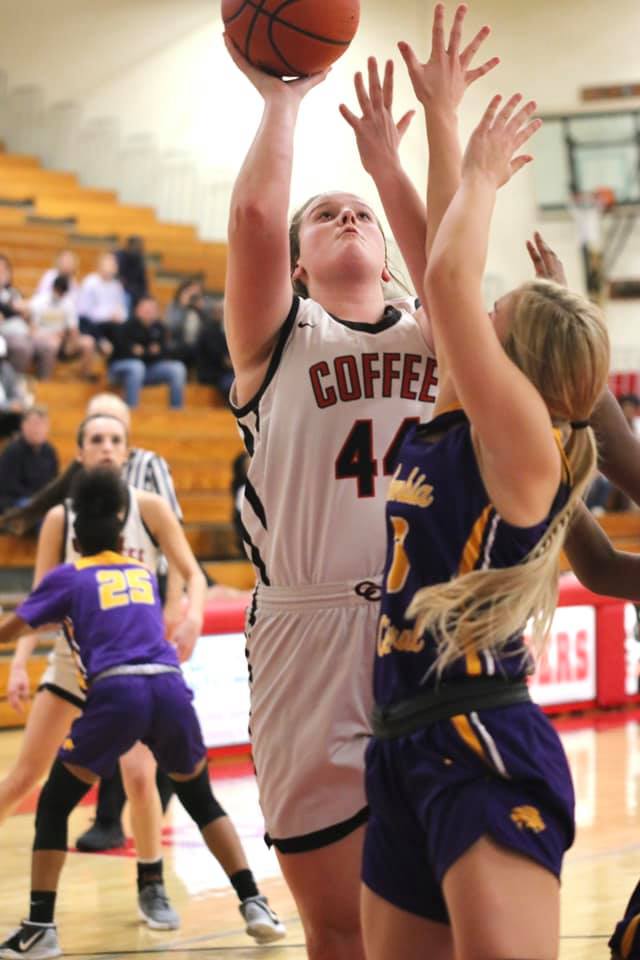 Believe it or not, the no. 3 ranked Central High School Lady Raiders have another gear.

After finishing the regular season with a 25-1 record, a regular season district championship and a state ranking, the Central High School Lady Raiders turned up the intensity to postseason level Wednesday night, running Columbia out of the gym in a 74-23 win in the District 8-AAA semi-finals in Manchester.

“I think we were just excited to get back on the floor more than anything,” said Elli Chumley, who scored 5 points for the Lady Raiders in the win.

From the opening tip, the Lady Raiders were clearly intent on sending a message across the state. They have their eyes on big prizes.

This game was broadcast LIVE on THUNDER RADIO! Listen to the audio replay here

CHS pounded the ball in the paint, riding sophomore post Chloe Gannon to the tune of 25 points, followed by 20 from senior Bella Vinson – most coming from in the paint.

The Lady Raiders bounced the ball outside to sophomore guard Jalie Ruehling, who was hot from the arc, knocking down four 3-pointers and putting up 15 points. Ruehling and Gannon were named Stone Fort Mortgage co-players of the game by Thunder Radio.

Tickets will be on sale by Thursday at www.gofan.co. The Raider boys will follow the girls, hosting Tullahoma in the District Championship following the girls game. Both games will be broadcast live on Thunder Radio – 107.9 FM, 1320 AM, Manchester Go app and thunder1320.com.