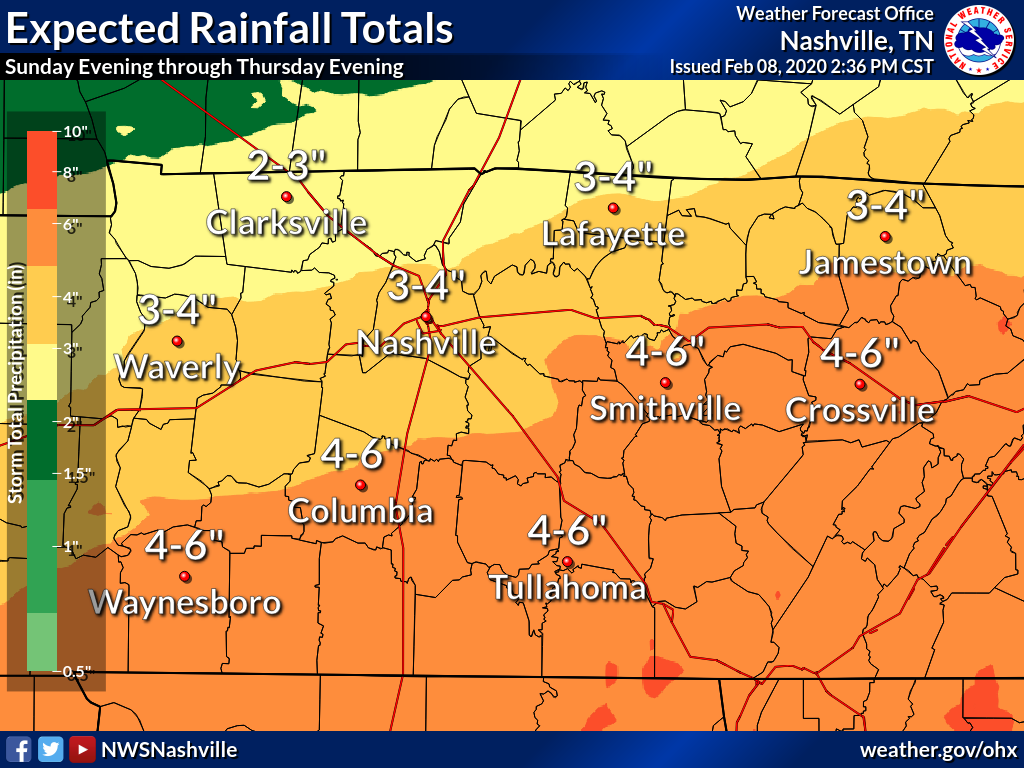 Most everyone is sick of the rain, but get ready because National Weather Service is predicting another week of heavy rainfall for southern Middle Tennessee, including Coffee County.

National Weather Service has issued a flood watch for the area, calling for multiple rounds of heavy rainfall between Monday (Feb. 10) and Wednesday night (Feb. 12) with a predicted rainfall amount between 4-6 inches.

This could present dangerous flooding following last week when Manchester received 5.31 inches of rain in a span of four days, according to TVA rain gauges. Last week’s rains forced the closure of multiple roads, schools and parks. The Duck River at Manchester had a crest of 11.76 feet last week on Thursday, the highest since a 12.35 foot crest in 2009, according to TVA data. In case you are curious, the highest crest ever recorded at The Duck River in Manchester was 20.95 feet, back in May of 1973.