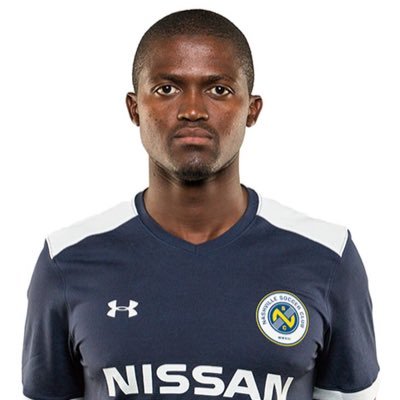 A frustrating first half turned quickly into a celebratory evening as Nashville SC picked up its first-ever three match winning streak with a convincing 2-0 road win over Swope Park Rangers on Saturday night. A first half goal from Lebo Moloto and one in the second half from Daniel Ríos sealed the victory in Kansas City, Kan.

The story of the first half looked to be missed chances by Nashville SC as big opportunities fell by the wayside throughout the opening frame. A missed open goal, a post and a missed chip, all from Ríos, made it appear Nashville SC would come up empty handed. Then two former Swope Park Rangers flipped the script. Kharlton Belmar found Lebo Moloto in the 43’ minute and Moloto, from the top of the box, curled it past Swope keeper Adrian Zendejas to give Nashville the deserved lead.

Just after the halftime break, Nashville doubled the lead through its star forward in the 47’ minutes. Ríos took a pass from Moloto and made no mistake to score for the fourth straight match and sixth out of his last seven. Ríos now has 14 goals on the season and is tied for the USL Championship Golden Boot lead with the tally.

From there, Nashville SC saw out the victory as keeper Matt Pickens registered his third consecutive clean sheet. Pickens had little to do as the Nashville defense allowed zero shots on target.

Here are three quick takeaways from the 2-0 victory by Nashville SC.

Midfielder Lebo Moloto and forward Kharlton Belmar ran rampant throughout the first half against their former club. Belmar had a shot on target saved from close range that would have given Nashville the lead. Moloto himself had two shots before finding the net with his third. The two players have combined for two goals and three assists in the two wins against Swope Park this season. While the two Nashville attackers returned to Swope, both for the first time since leaving the club, wearing different kits, they seemed right at home at Children’s Mercy Park.

It was the third straight match for keeper Matt Pickens and the third consecutive clean sheet for the veteran keeper. Pickens and the Nashville defense are riding a 286-minute shutout streak dating back to the team’s match on July 6 at Louisville City FC. Tonight’s keeper choice by head coach Gary Smith was particularly interesting as it broke the two-on and two-off streak for Pickens and fellow keeper Connor Sparrow. The three clean sheets also coincide with the acquisitions of Jimmy Ockford and Forrest Lasso to the Nashville defense.

It was a third consecutive 2-0 win for Nashville in USL Championship play, and it was particularly notable in that it marked the first-ever three-match league winning streak for Nashville. It couldn’t be coming at a better time as Nashville continues to rise in the USL Championship Eastern Conference standings. With the three points, Nashville SC is now in 4th place in the East, eight points behind first place Tampa Bay Rowdies, but just two points behind Indy Eleven in third.

Nashville SC will hit the final stretch 13 matches with nine at home beginning on Wednesday night at First Tennessee Park against Hartford Athletic. Nashville beat Hartford earlier this season 3-2 on the road in a match it came from behind to win. Hartford currently sits 17th in the East, eight points behind the playoff line. Tickets to the Wednesday match are available