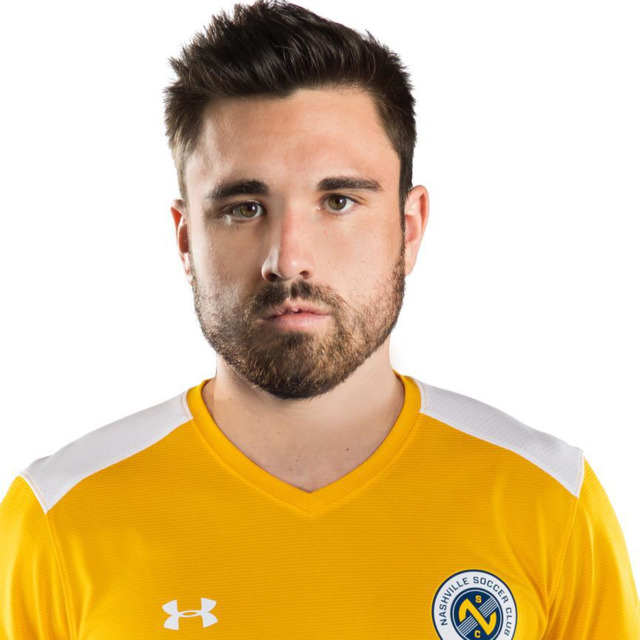 For the third time this season at First Tennessee Park, Nashville SC produced a stoppage time match-winning goal to take a vital three points against Louisville City FC 2-1. The latest heart stopper came courtesy of defender Jimmy Ockford, whose leaping header at the top of the box in the second minute of stoppage time gave Nashville a massive win over defending champions Louisville City.

From a free kick, Forrest Lasso sent a perfect ball to the box where it met the head of Ockford. The goal was made extra sweet after Louisville City had equalized just 10 minutes prior off a corner to seemingly pull a draw from the hands of defeat, but Nashville again showed relentless effort in pulling out the win.

It was Nashville SC who struck first in the 5’ minute with a volley from Taylor Washington. Winger Ropapa Mensah beat his man towards the end line and served a ball across the face of goal that made it through to Justin Davis on the far side. Davis immediately sent the ball short to Washington who volleyed into the top of the net to give Nashville the lead.

Nashville then defended for its life as Louisville City came in waves, controlling the two-thirds of the possession and taking 10 shots in the second half. The defense held firm, and Nashville got another top shelf performance from its keeper Matt Pickens.

Here are three takeaways from the dramatic stoppage time victory.

There has been no bigger win for Nashville SC when it comes to the standings in the East. Instead of being tied for second and three points behind Pittsburgh Riverhounds SC for first, Nashville SC is just one point behind Pittsburgh in the race for the Eastern Conference crown and two points clear of third-place Indy Eleven. Nashville SC can clinch home field in the first round of the playoffs with one win in the final two matches of the season, both at home. First place is still very possible as Pittsburgh will have to go on the road for its final two matches at Saint Louis FC and Birmingham Legion FC. Any dropped points will open the door for Nashville.

2) Ockford and Lasso the Difference

The goal, scored by Ockford and assisted by fellow defender Forrest Lasso, was a snapshot of the difference between the Nashville SC that lost to Louisville 2-1 earlier in the season and Nashville that won today. Neither Lasso or Ockford were members of Nashville for that defeat in July, but were brought in on loan soon after to bolster the defense and provide NSC a spark for the stretch run. The moves have worked to perfection as Nashville has allowed just seven goals in the last fourteen matches with a 10-2-2 record. The Boys in Gold are the best defensive team in the USL Championship with only 26 total goals allowed.

Dubbed a “Club of Chaos” by TV broadcaster John Freeman, Nashville SC won its third home match out of the last four on a dramatic stoppage time goal in front of the supporters’ section. Those six added points, the difference between three draws and three wins, mean Nashville SC is in second instead of fifth. The taste for the title is certainly sweeter, and the celebration that ensued after Ockford’s header with the fans was as chaotic as the goal, as the players formed a dogpile behind the net with the cheering fans serving as a backdrop. It might not do much for fans’ cardiac health, but Nashville SC has lately had one of the most fun home forms of any team in the league.

Nashville SC will play its second match of the week on Saturday night at 7 p.m. when it takes on North Carolina FC at Nissan Stadium in a showcase before its first season of Major League Soccer in 2020. Tickets are available for the match starting at $15.