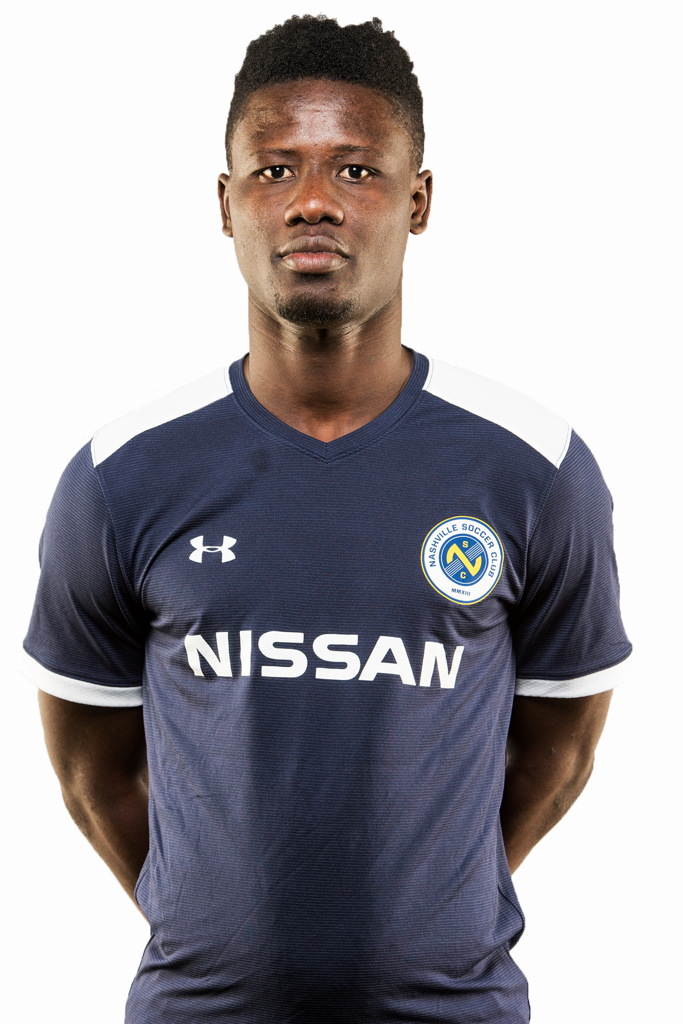 Nashville Soccer Club climbed into first place in the Eastern Conference for the first time in the club’s two-year history after blanking Loudoun United FC 2-0 on the road on Saturday night. Daniel Ríos and Ropapa Mensah led the night’s offensive efforts while Matt Pickens and his backline secured the clean sheet.

A goal and an assist from forward Ropapa Mensah sealed one more road victory in the 2019 USL Championship regular season for Nashville SC as Nashville beat Loudoun United FC 2-0 in Virginia on Saturday night. Mensah assisted on Daniel Ríos’ 50th career goal in the first half and scored himself in the second to propel Nashville to the three points and into first place in the USL Eastern Conference.

With a draw between Tampa Bay Rowdies and Louisville City FC in addition to a Indy Eleven loss to Pittsburgh Riverhounds SC on Saturday night, Nashville moved into the top position in the Eastern Conference with three matches to play in the regular season. It is the first time Nashville SC has held sole possession of first place in the conference in its two-year USL Championship history.

Nashville SC scored its goals in the 19’ and 55’ minutes in its second 2-0 win over Loudoun United this season. For keeper Matt Pickens, it was the 12th clean sheet of the season and 14th for Nashville SC overall this season. With 14 clean sheets, Nashville is currently tied with Pittsburgh and Phoenix Rising FC for the most clean sheets in the USL Championship this season.

Pickens leads the USL Championship Golden Glove race with 0.68 goal against average, allowing 15 goals in 23 appearances. Tonight, the veteran keeper made two saves in the shutout.

Here are three takeaways from the victory.

With the three points and the necessary help, Nashville SC jumped into first place in the East. It was a massive win as Nashville is back into control of its own destiny for a home playoff match. It has been one of the biggest club goals in 2019 to host a USL Championship Playoff match and now it looks more likely than ever as Nashville SC sits atop the Eastern Conference. With three home matches remaining in the regular season, Nashville would have the inside track to a top two seed in the East and two potential home matches in the playoffs.

Daniel Ríos has spent the last month recovering from a groin injury, and got back on the scoresheet tonight, slotting in the first goal of the match. It was Ríos first goal since he scored on August 17 in a 3-1 win over Charlotte Independence. While the USL Championship Golden Boot looks out of reach for the star forward, Ríos’ goal is a welcome sign for NSC and head coach Gary Smith. For a deep playoff run, Nashville will need Ríos in top form in October and beyond.

Fan-favorite forward Ropapa Mensah was the key man for Nashville SC in the win with an impact on both NSC goals on the evening. Mensah assisted on the first goal and scored the second. It was the sixth goal and fourth assist for the Ghanaian forward in all competitions Mensah has been a fire-starter throughout his two years in gold including scoring the first goal in club history in Nashville SC’s preseason match against Atlanta United FC back in February of 2018. Like Ríos, Mensah has been and will be a key piece in Nashville’s run to the postseason.

Nashville will have a 10-day break between matches as it will scoreboard watch for the next week. It will take the field again on October 8th at First Tennessee Park against Louisville City FC at 7 p.m. CT. That match will be of extreme importance as Louisville City is just seven points behind Nashville in the Eastern standings.