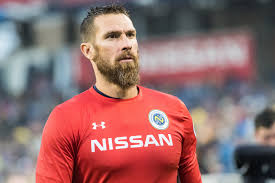 Two goal line clearances kept Nashville SC from a fifth-straight victory as the club drew Bethlehem Steel FC 0-0 at First Tennessee Park on Saturday night in front of a season-high FTP crowd. Nashville peppered the Bethlehem net throughout the second half, firing 14 second half shots, eight on target, but was unable to find the back of the net. It was the fifth-consecutive clean sheet for the Nashville SC defense as its shutout streak sits at 466 minutes and counting.

All of the best chances from Nashville came in the second half. In the 68’ minute, NSC midfielder Lebo Moloto put a header on frame past the keeper that was cleared off the underside of the crossbar and back out. Then in the 88’ minute, midfielder Ken Tribbet sent a shot destined for the Bethlehem net but was blocked by a Steel FC defender on the line.

Keeping the clean sheet was Nashville keeper Matt Pickens who has started each of the last five matches. It was the 10th clean sheet of the season for Pickens and the 12th of the year for Nashville.

Here are three takeaways from the draw.

The three-headed defensive combo of keeper Matt Pickens and defenders Forrest Lasso and Jimmy Ockford has led to a resurgence for the Nashville SC defense. Since the acquisitions of Ockford and Lasso in mid-July five matches ago, Nashville SC has yet to allow and goal. Head coach Gary Smith has also opted to stick with Pickens after rotating keepers during the course of the season. The five-match clean sheet streak is tied for the longest in the USL Championship this season with Birmingham Legion FC who is also riding a similar run.

2) Waiting on the Table

With the season in the stretch run, Nashville SC will be paying close attention to other teams at the top of the Eastern Conference standings. Formerly first place Tampa Bay Rowdies lost just their third match of the season on Saturday at home, 1-0 to Birmingham. New York Red Bulls II jumped to first place with a come from behind 5-1 win over Hartford Athletic. Fourth place Indy Eleven was off this weekend, but fifth place North Carolina FC beat Memphis 901 FC 2-1 to close the gap with Nashville. The table is tightening up late in the season, in what should make for an exciting stretch run.

While captain Michael Reed didn’t suit up for Nashville SC on Saturday after suffering a season-ending injury in Nashville’s last match, his presence was still felt at First Tennessee Park. NSC defender Forrest Lasso wore the captain’s armband, but written on it was ‘#17 Reed.’ Fans organized card signings and balloons for their fallen captain.

Nashville SC will have a full week before its next match as it plays next Saturday night, August 17 at Charlotte Independence. Nashville and Charlotte drew 1-1 earlier this season at First Tennessee Park.