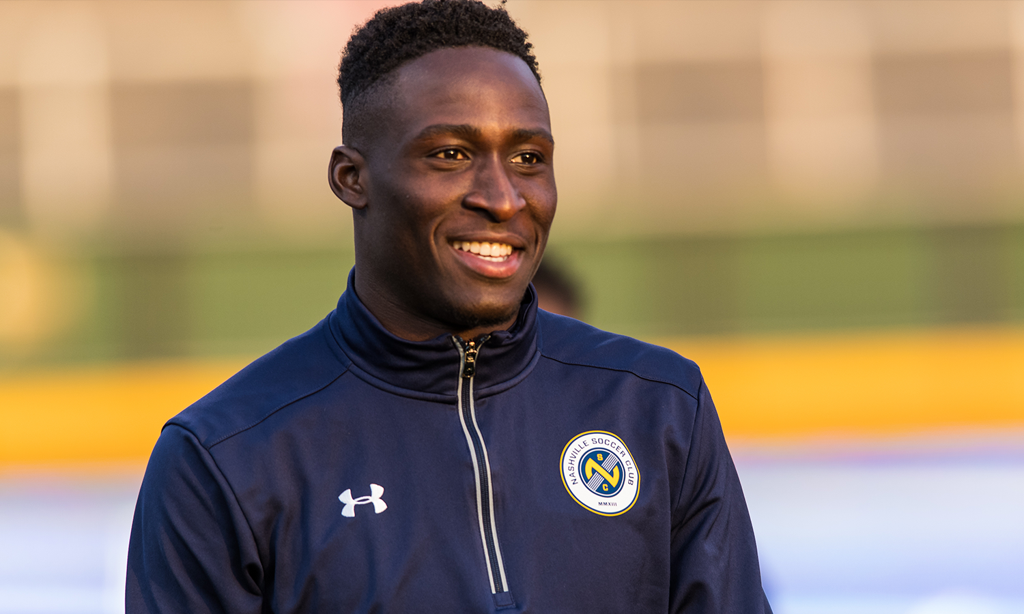 Three points earned at the death. On the last meaningful kick of Nashville SC’s match against Charleston Battery, midfielder Bolu Akinyode scored from the top of the box to seal a dramatic 2-1 Nashville comeback victory over Charleston Battery on Saturday night at First Tennessee Park. It was Akinyode’s first goal of the season and the first match stoppage time winner for Nashville SC in 2019.

From start to finish, Nashville SC dominated the match, controlling the run of play and peppering the Charleston net with shots. However, it was Charleston who scored first late in the first half. Battery midfielder Kotaro Higashi split the NSC defense and slotted past Nashville keeper Matt Pickens to put Charleston ahead.

The second half was all Nashville SC as Ropapa Mensah broke the seal in the 56’ minute to equalize the match. It appeared that Lebo Moloto had produced the match winner for Nashville in the 90’ minute when he rounded the keeper and scored, but a controversial offside call nullified the goal. NSC didn’t give up, however, and found the winner anyway off the foot of Akinyode.

The towering midfielder took a pass from defender Ken Tribbett and spun around while juggling the ball near the top of the box. Akinyode fired a shot on target that deflected off a defender and looped into the open net to send the crowd into a frenzy.

Here are three takeaways from the thrilling victory.

Bolu Akinyode has scored two goals in his Nashville SC career and both have been dramatic stoppage time goals from nearly the same spot on the First Tennessee Park field. In the final regular season match in 2018, Akinyode scored an equalizer against FC Cincinnati to seal a draw and send Nashville SC to the USL Championship Playoffs. His second in gold might have been even more dramatic for the Nigerian as Akinyode earned three deserved points for Nashville SC.

After not recording a single come from behind victory in the 2018 season, Nashville SC has earned three in the last three months. Following come from behind victories at Bethlehem Steel FC and at Hartford Athletic in June, Nashville SC again showed his resolve and resilience in battling back. While Nashville had the majority of chances and shots, it needed every ounce of heart on Saturday night in its second half comeback. Nashville has outscored its opponents 30-14 in the second half this season.

3) Back into Third Place

Not only was the win an exciting moment for everyone at First Tennessee Park on Saturday night, it was important in the Eastern Conference standings. Nashville SC hopped back into third place following the victory, just one point behind the Tampa Bay Rowdies who sit in second place. Nashville SC can move up further next weekend when it travels to Tampa Bay next Saturday to take on the Rowdies.

As mentioned, Nashville SC will have a full week before its next match against the Tampa Bay Rowdies. The match will be a big one as a win would move Nashville into second place in the conference. Kickoff is schedule for 6:30 p.m.